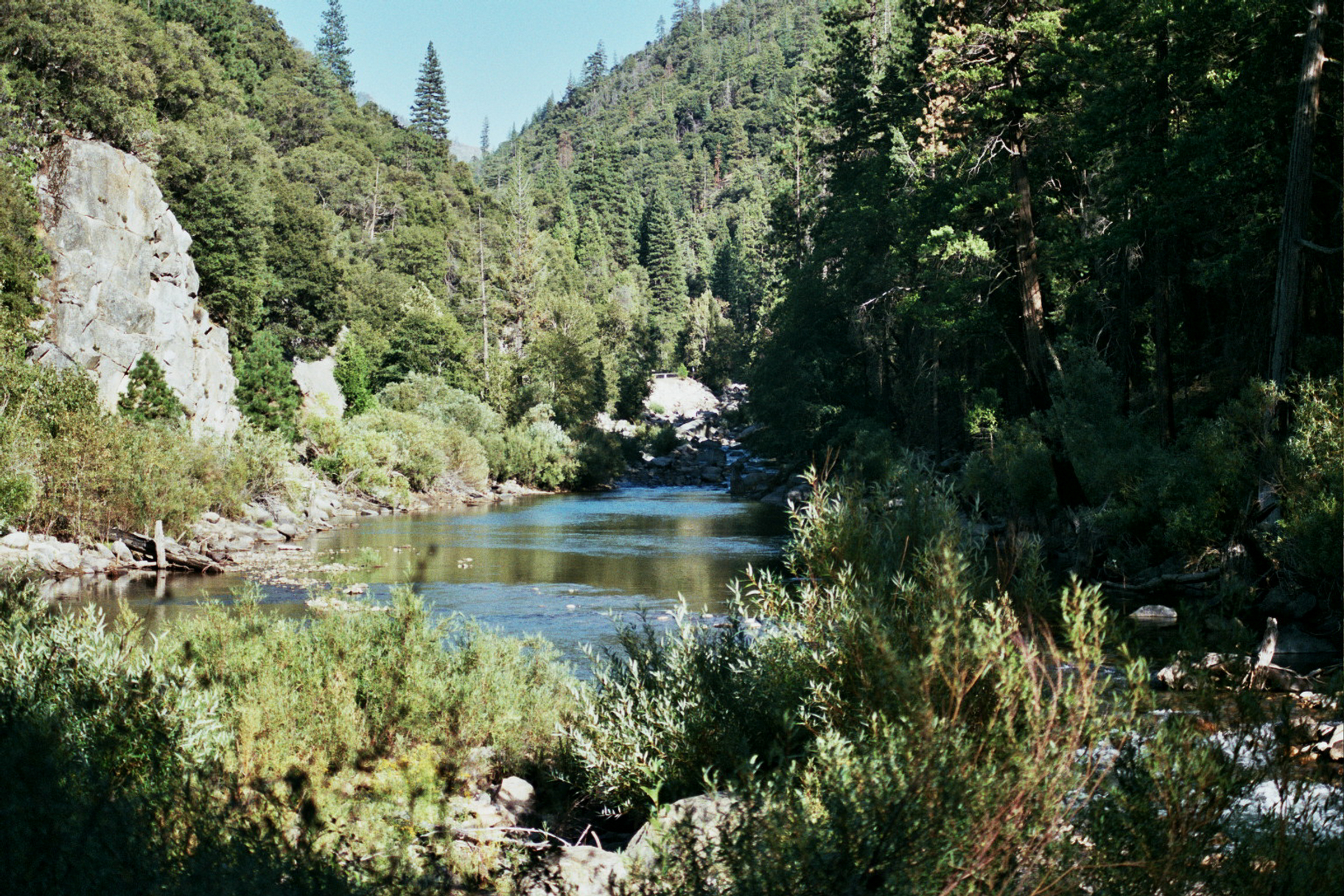 We left at Kings Canyon, on our way back out of there I took this picture. 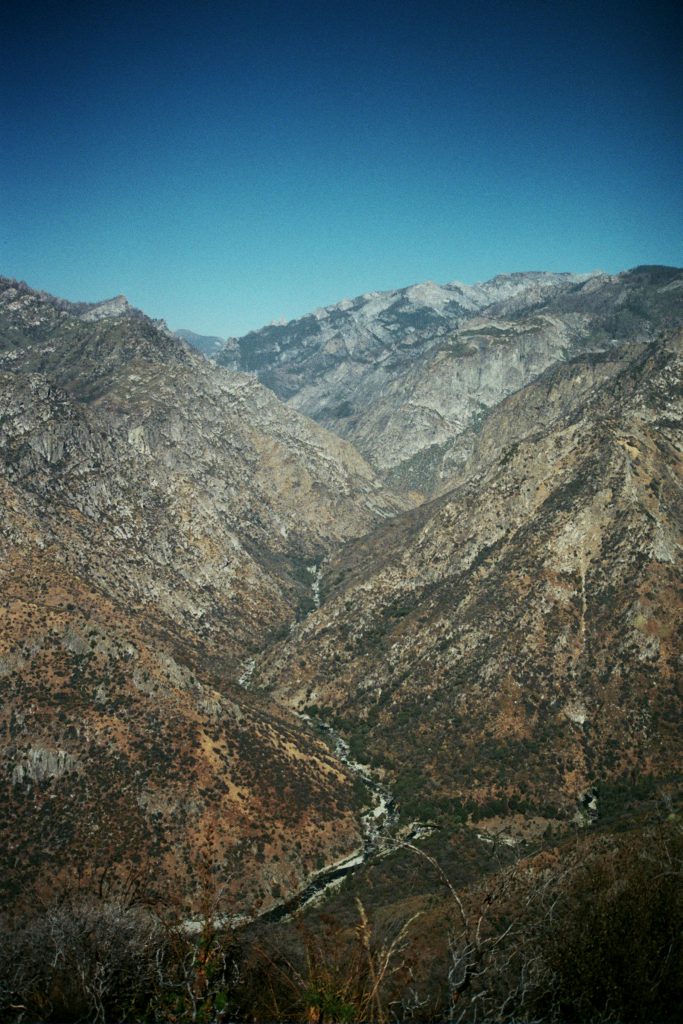 Next Stop: Yosemite. We went there without any preparations and when we arrived we’ve been told it’s famous for waterfalls, but they’re more impressive during spring than during fall as of the melting water. 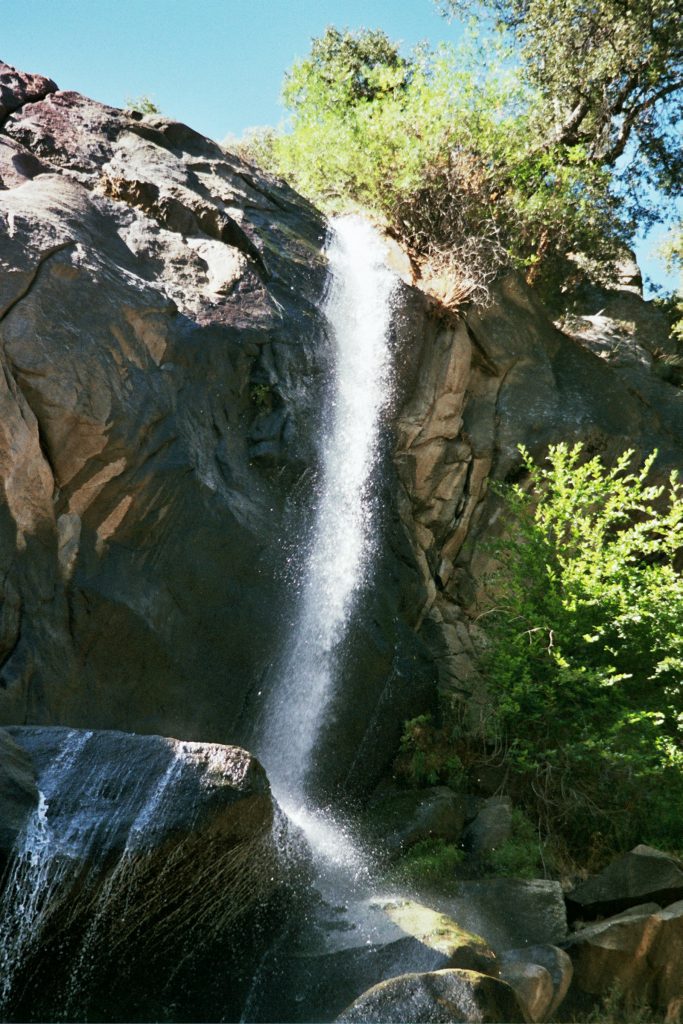 Not too unimpressive anyway. I 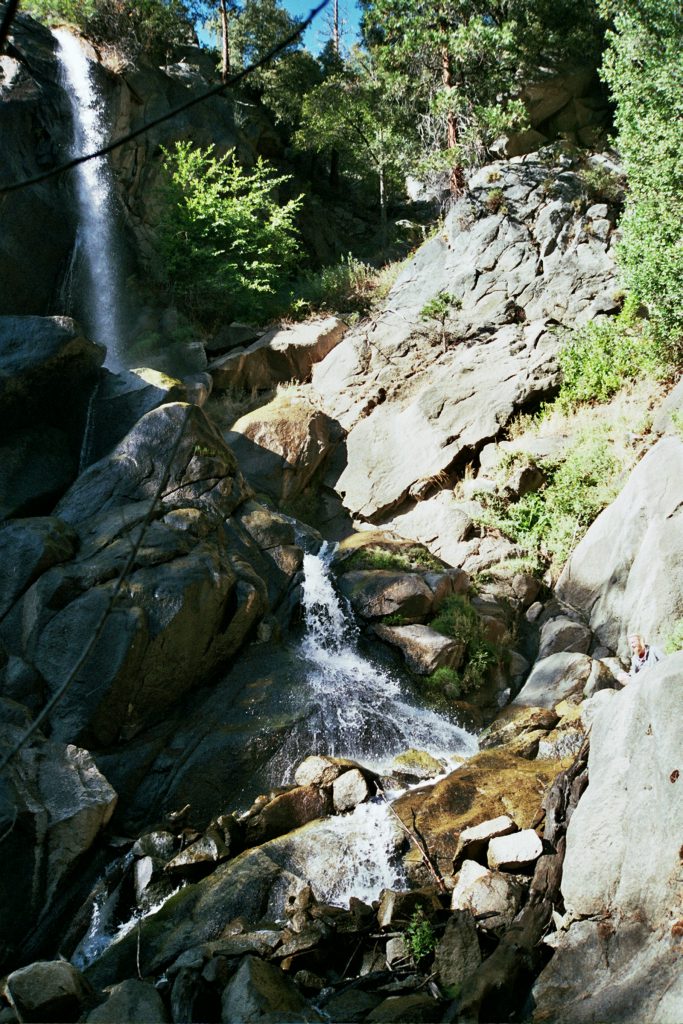 So this was the first waterfall to be seen by us in Yosemite, and there’s more to come, a lot more to come. Contrary to the image I had of California before this trip there’s a lot of green and also water in California. 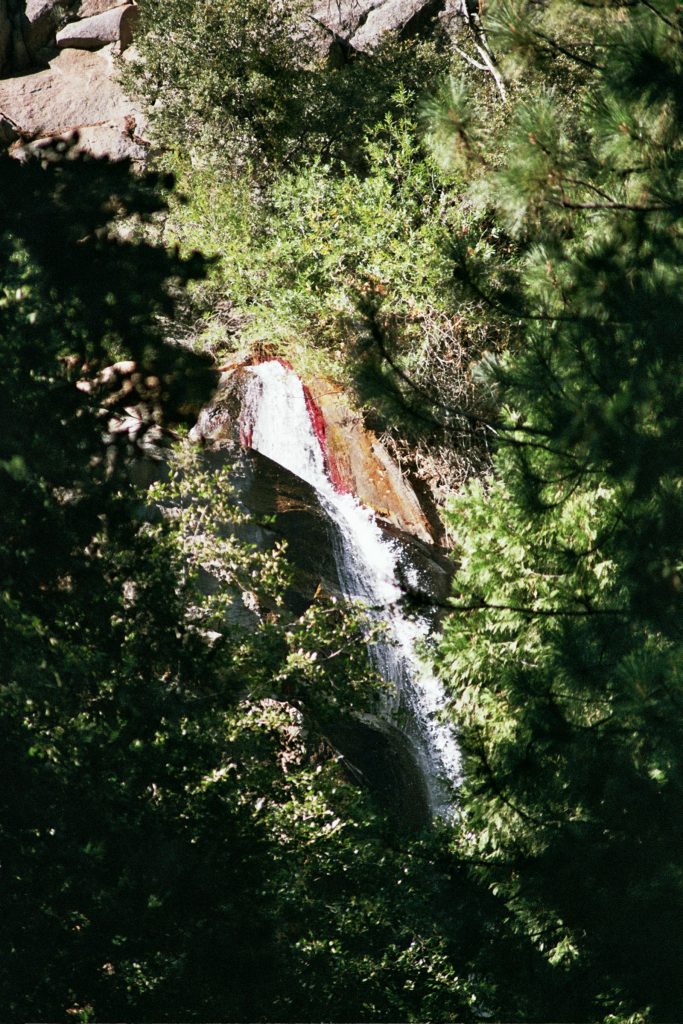 This River or call it a creek has to be impressive during spring time, as all of the waterfalls end up there. 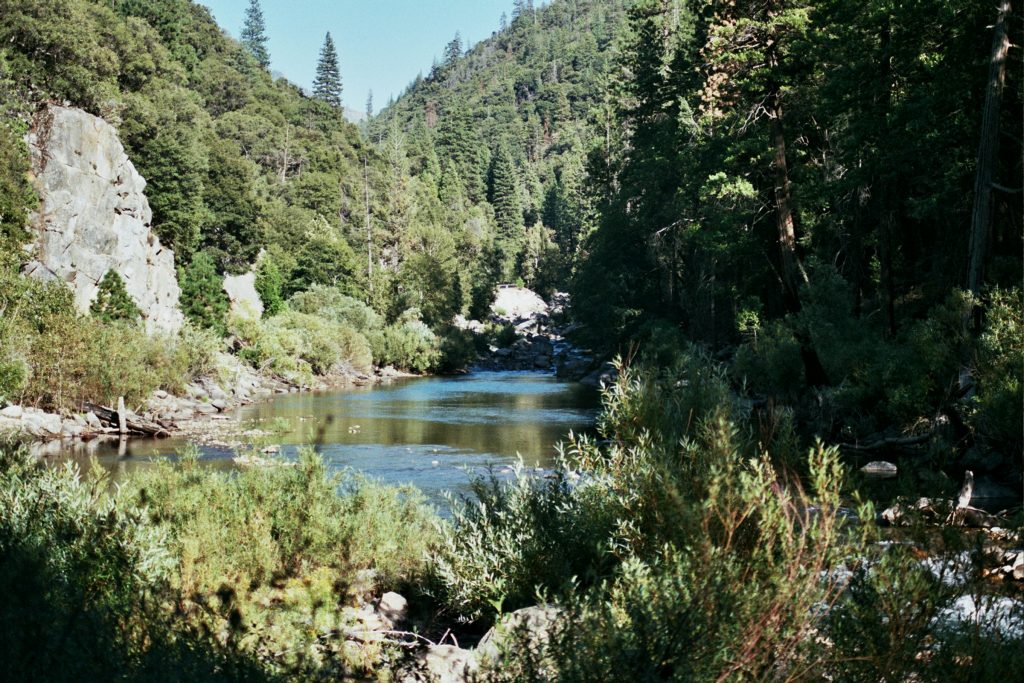 And right now I don’t know which pictures to upload and which not, I don’t often have this issue but once in a while… 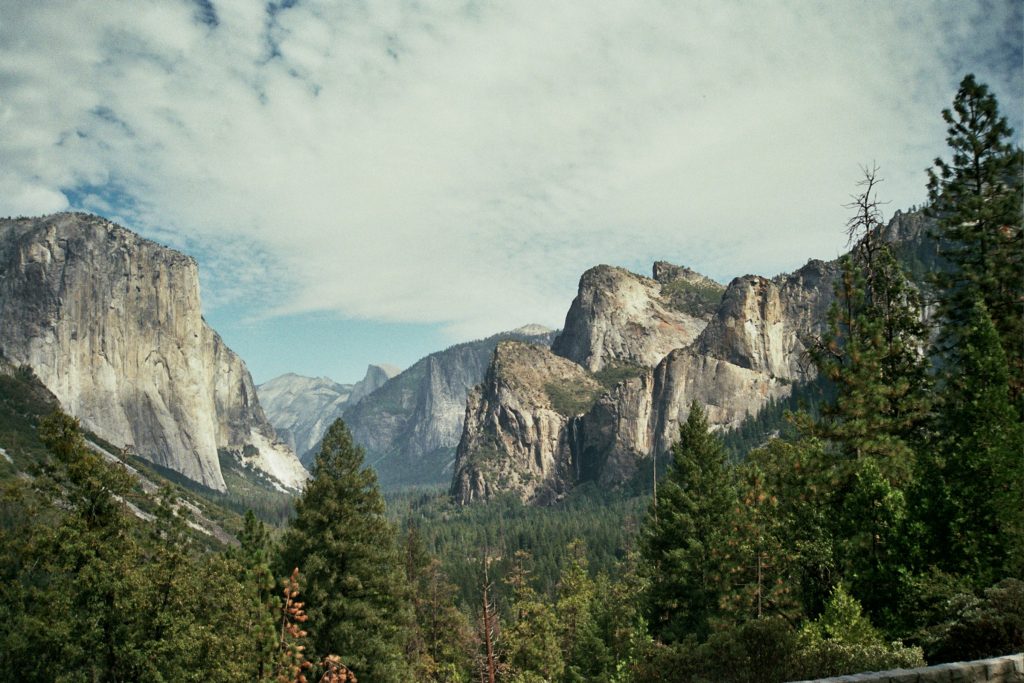 Let’s give you some details to above photo. 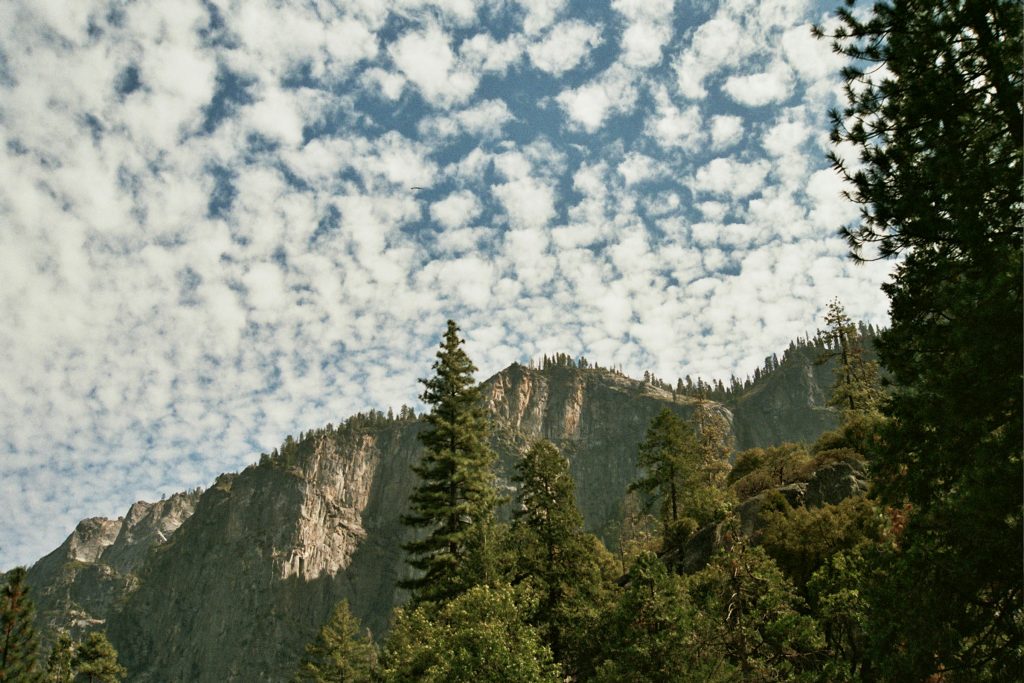 Once I turned to my right I could see some astonishing cloud arrangements. 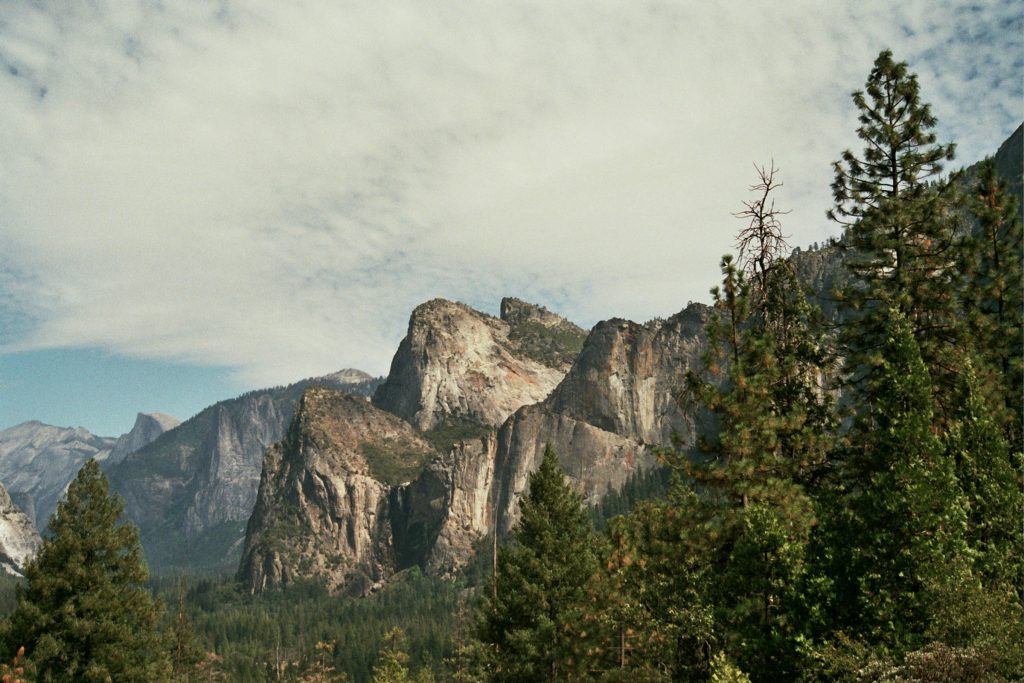 on the far right in this one you can see they are starting some where on the right, while also the rocks are impressing. 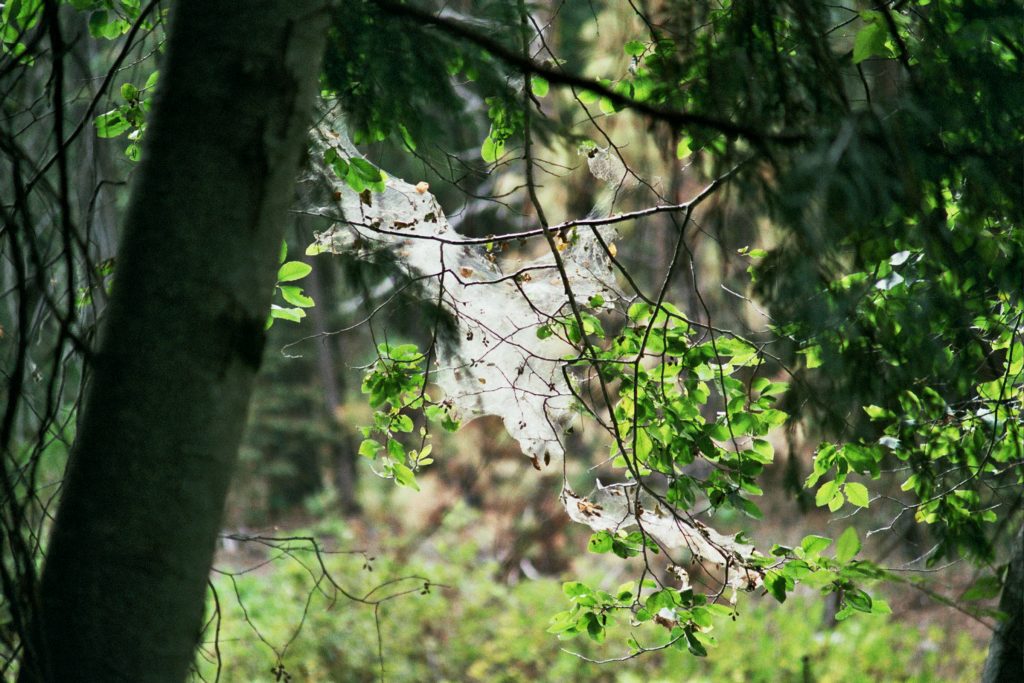 When we took our first walk in Yosemite we could see that there were some wildfires in the past as we could saw ashes in spiders nets. 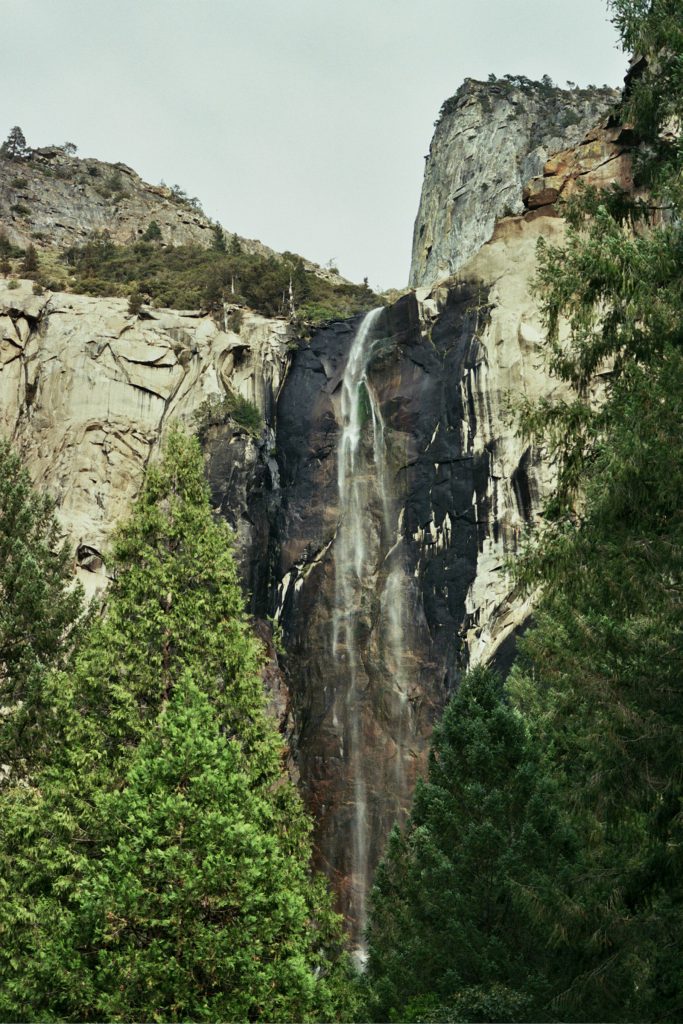 From the colours of the stones I suppose this one is normally bigger, and it’s also what we got told from a ranger. So my personal advise, go there during spring time it’s most probably way more impressive. 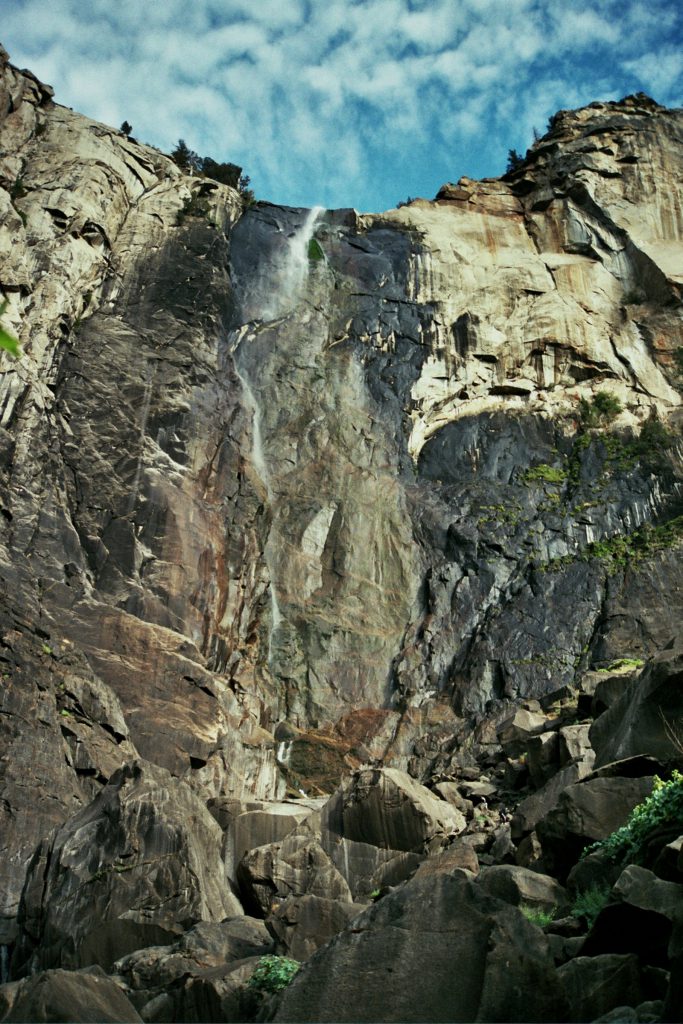