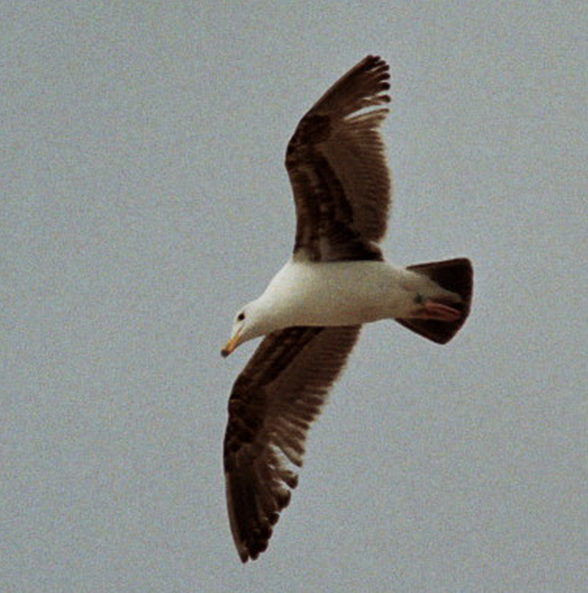 I’m starting to get a little bit bored… It feels like I’ve seen almost everything I could reach by bike or Skateboard. I should go on a road trip soon, meanwhile I’ve some pictures of Santa Monica for you. 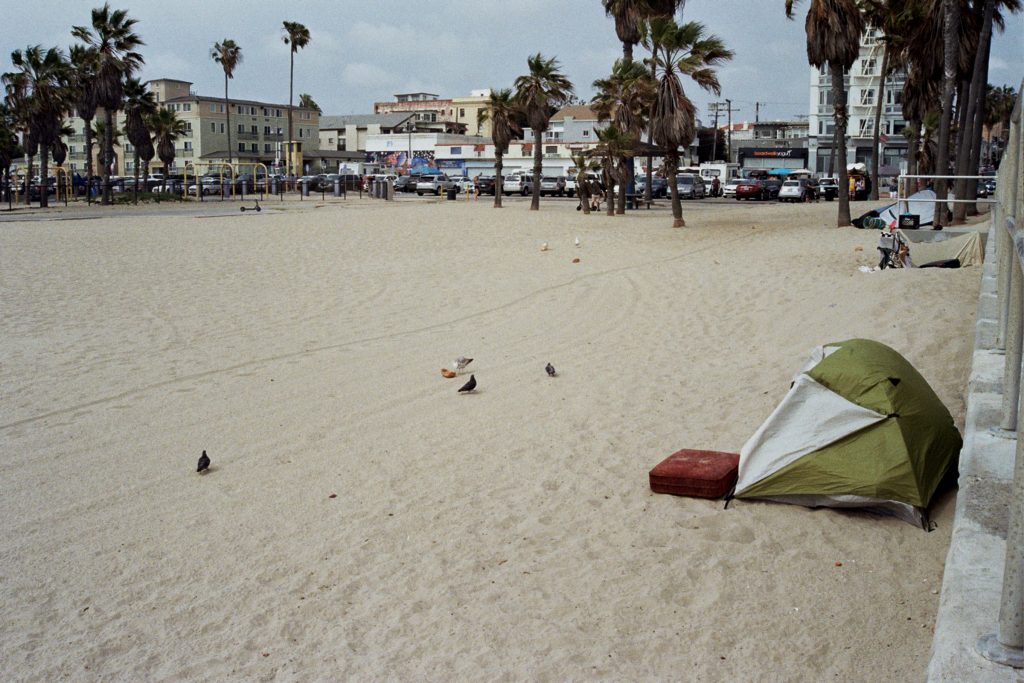 That time I were at the beach and there was bread all around, while doves and seagulls have had fights on who’s bread it is there was none left for the homeless. I could not explain to myself how so many bread comes to lie arround at the beach, of course americans do not produce good bread at all, but it’s not that bad, so hou don’t have to feed it to the birds… 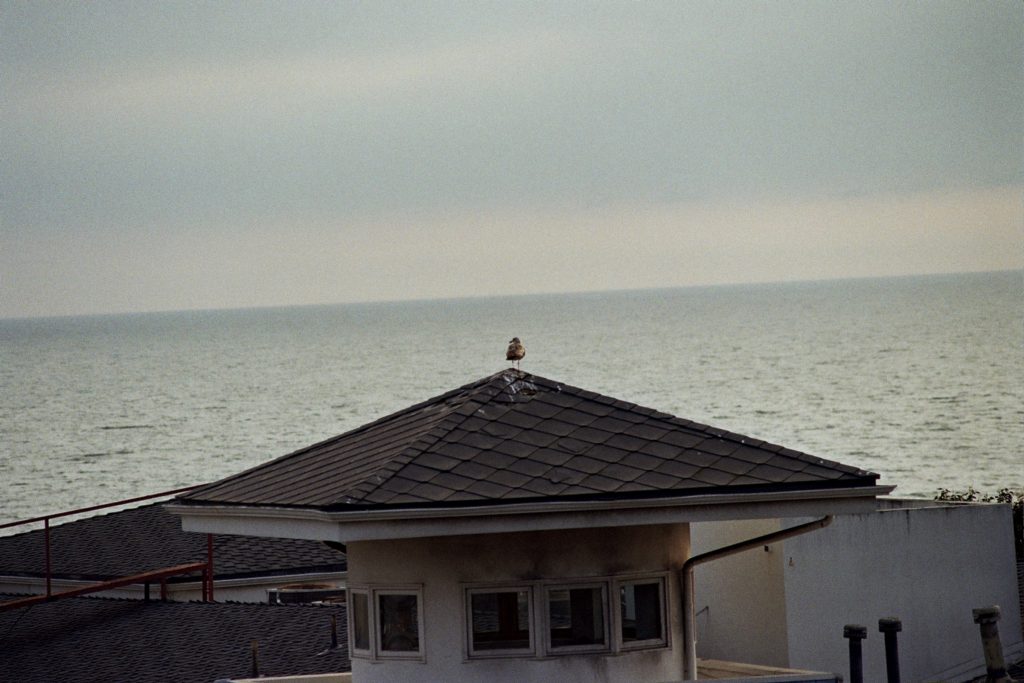 I liked that view, a bird on top of the roof and he shits everyting… Some kind of a guardian, like garghoules in europe, they have birds here.

Speaking of birds, no not those @Bird birds, real birds, you can get some real good shots of birds arround here. At least I myself think that’s a good shot… And it’s croped from the original as you might guess from the format of the picture. By the way, most of the pictures at this blog have not been post processed in any kind. 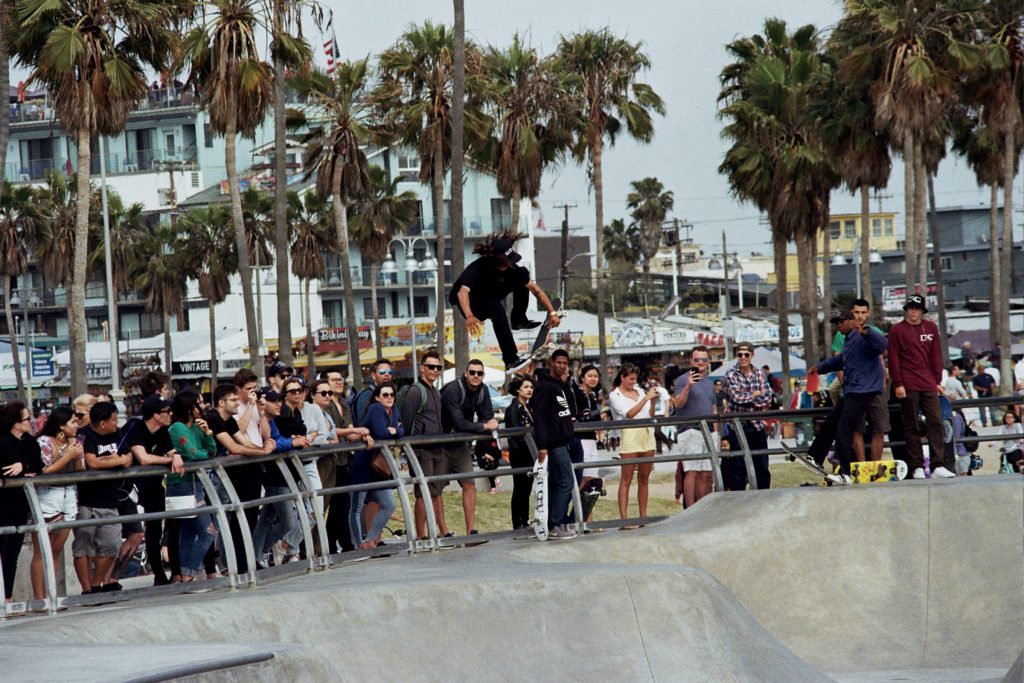 Not only birds like to be high in the air around here, also skateboarders do so and people really enjoy watching then do so. There will be more photos of skateboarders for sure. 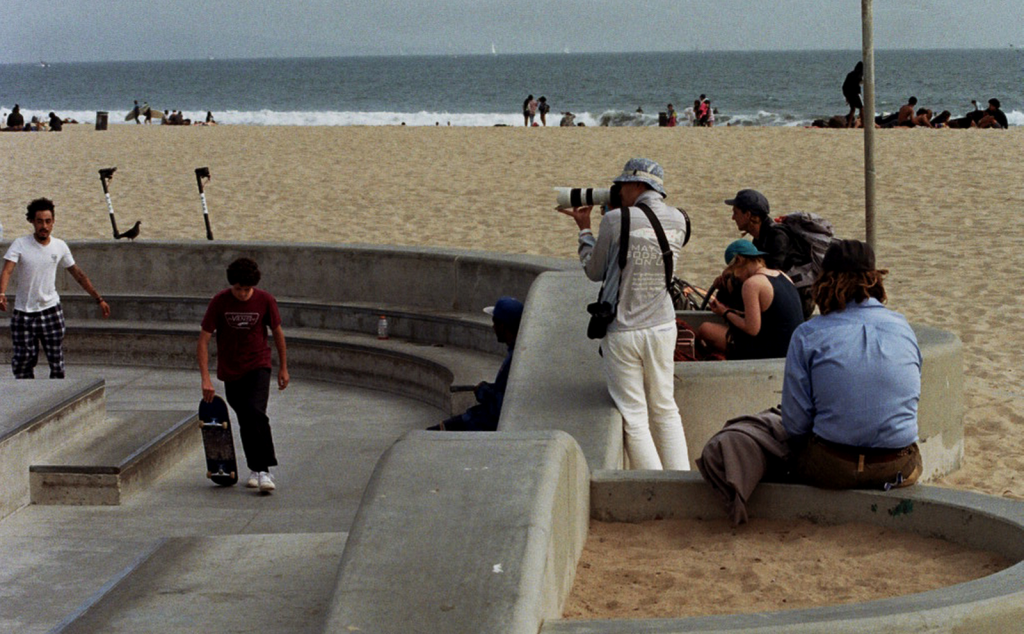 It seems as if size does matter. When I took out my 210-70 lens I some kind of felt stupid, being the only one with „professional“ equipment, then that friend of mine joined and it wasn’t that awkward anymore. 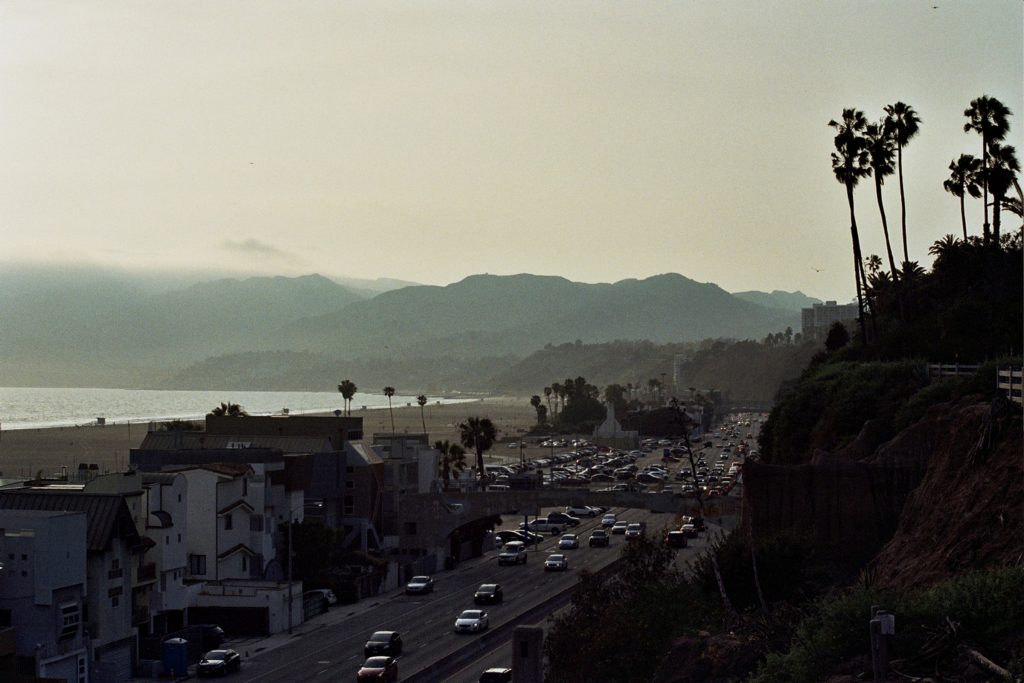 This is what it looks like most of the time, you have tons of cars and some fog and a few hills, somewhere behind all of that there is our beloved sun. Okay the weather isn’t that bad but it’s not as good as you might imagine it. There’s no rain, that’s the big difference to back home from what I’ve been told. 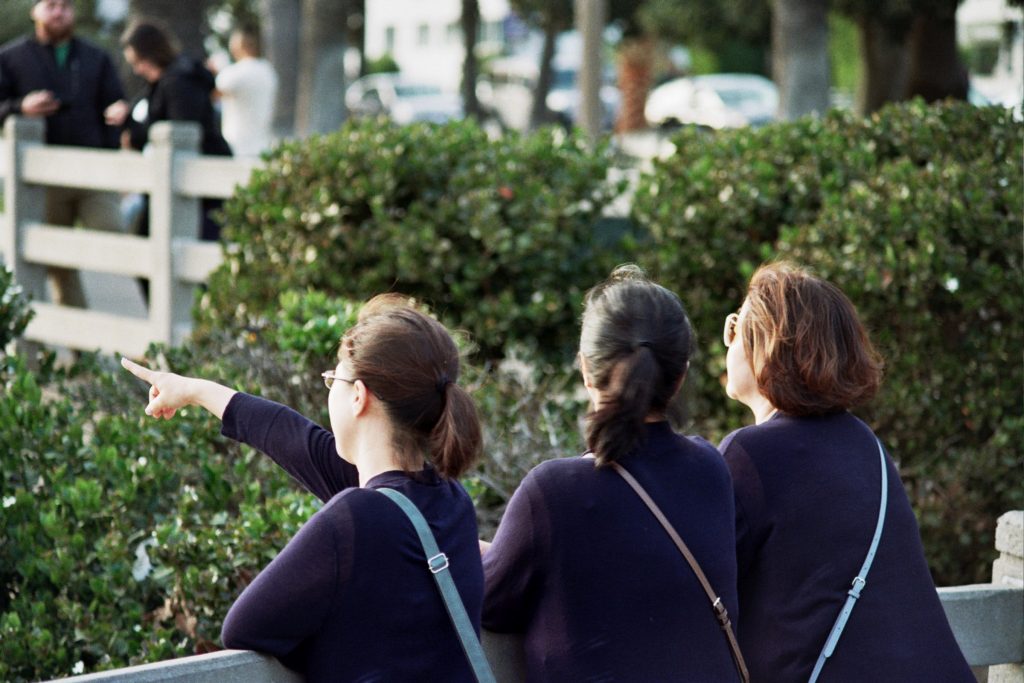 What I always liked is taking pictures of people taking pictures. Above scene was a initially shot from their right with the lens looking towards them, I think my perspective is way better.