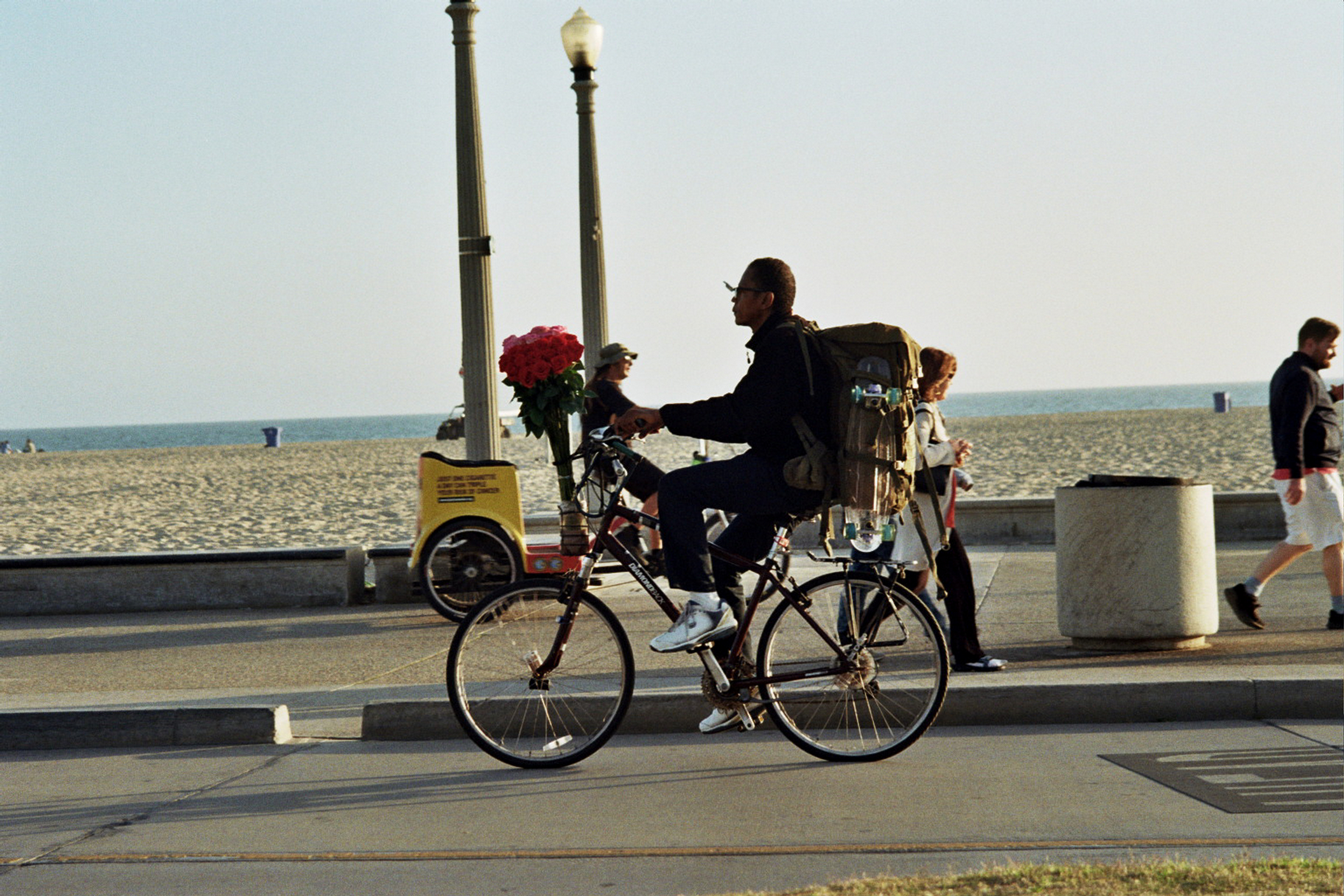 I was searching for Sweatshop free and organic Boxer Shorts in Santa Monica and got the advice to try Flower Festival in Venice at Rose Avenue. The person might have thought, go to the flower festival fucking hippie… 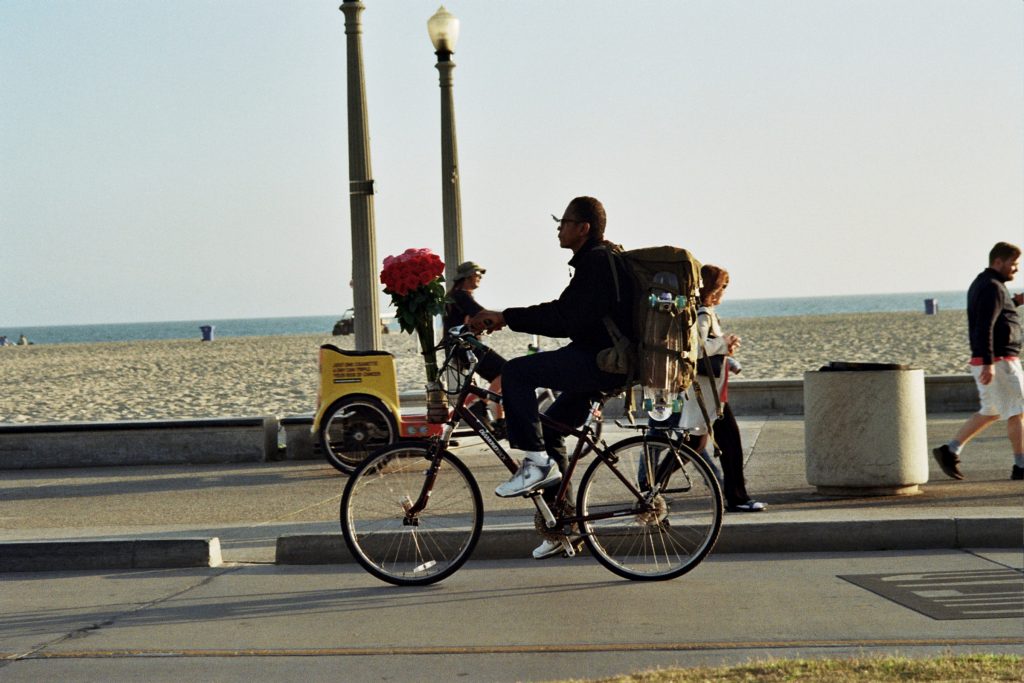 Okay let’s start with a Picture one week before the Flower Festival this guy might as well have been part of the festival right? 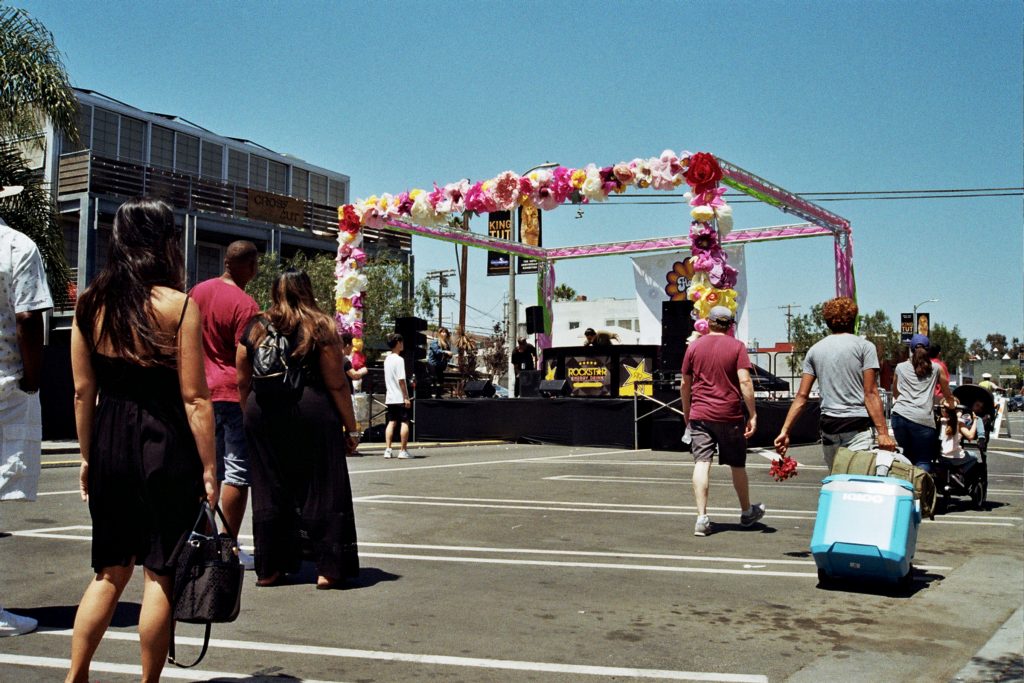 I really expected some other music at the flower festival, as it seemed like a Hippie Festival, I somehow expected music like Neil Youg, Bob Dylan, Jimi Hendrix, Janis Joplin, but not that, it was random Disco Music. I met Wes there he lives right around the corner, he was kind of annoyed by the music, as they did their soundcheck at 2am in the morning, don’t ask me why. 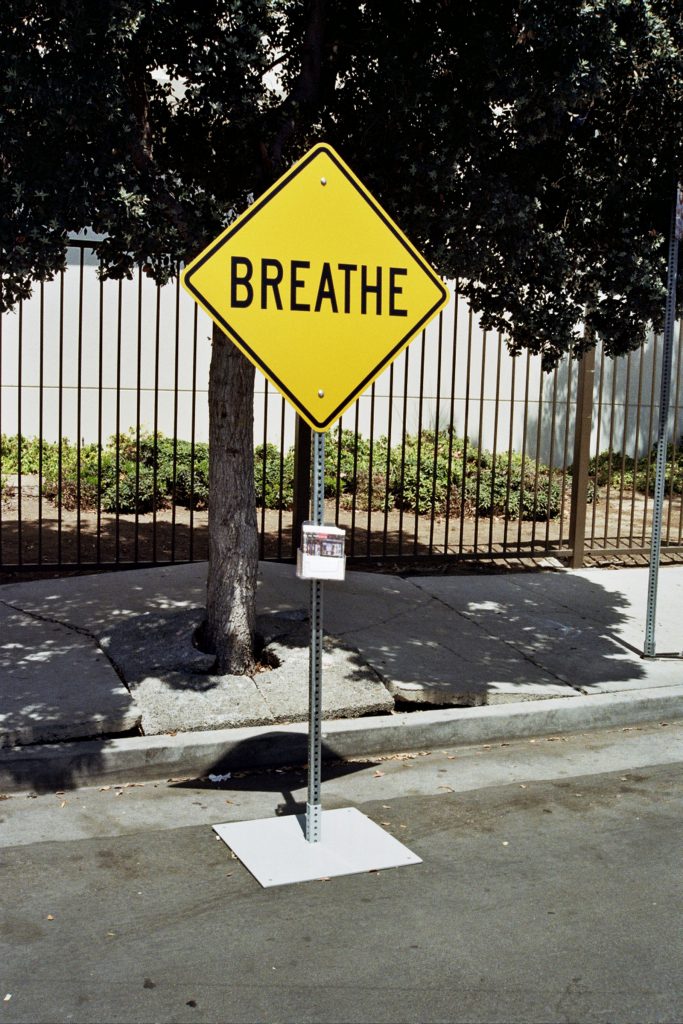 There was some Art by Scott Froschauer, sounds a bit german or Austrian. 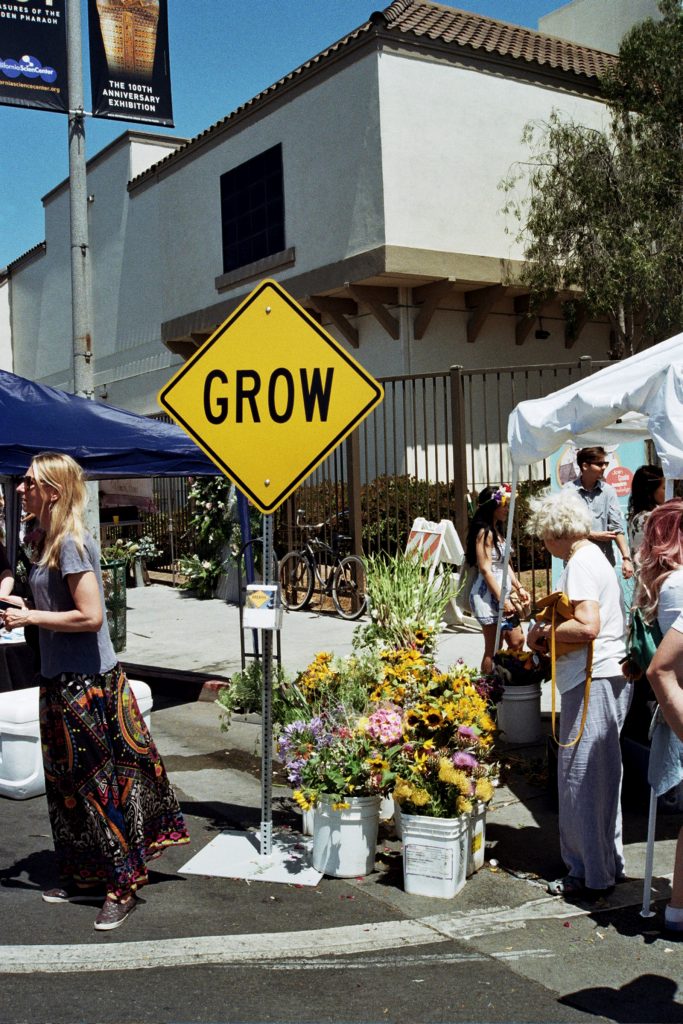 #WordOnTheStreetHis Idea was to have positive street signs, instead of „normal“ street signs, as he does not like the language of street signs, the exhibition/project is called „Word on the street“. I liked it. 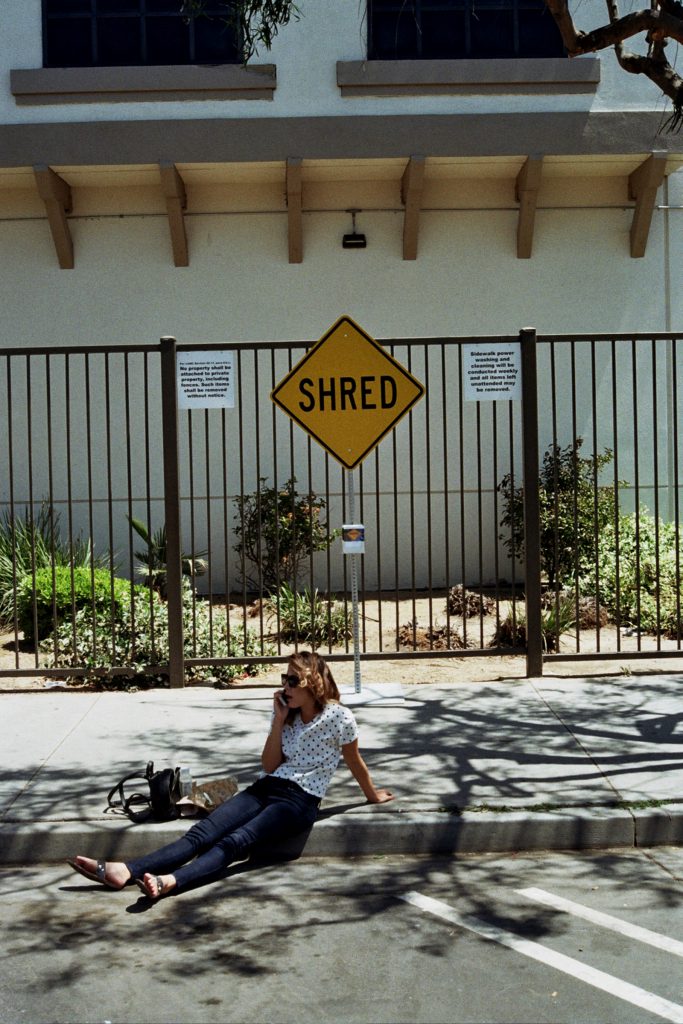 And so did other people as well, I talked with some of them others thought it’d be a good spot to take a phone call and have a rest. 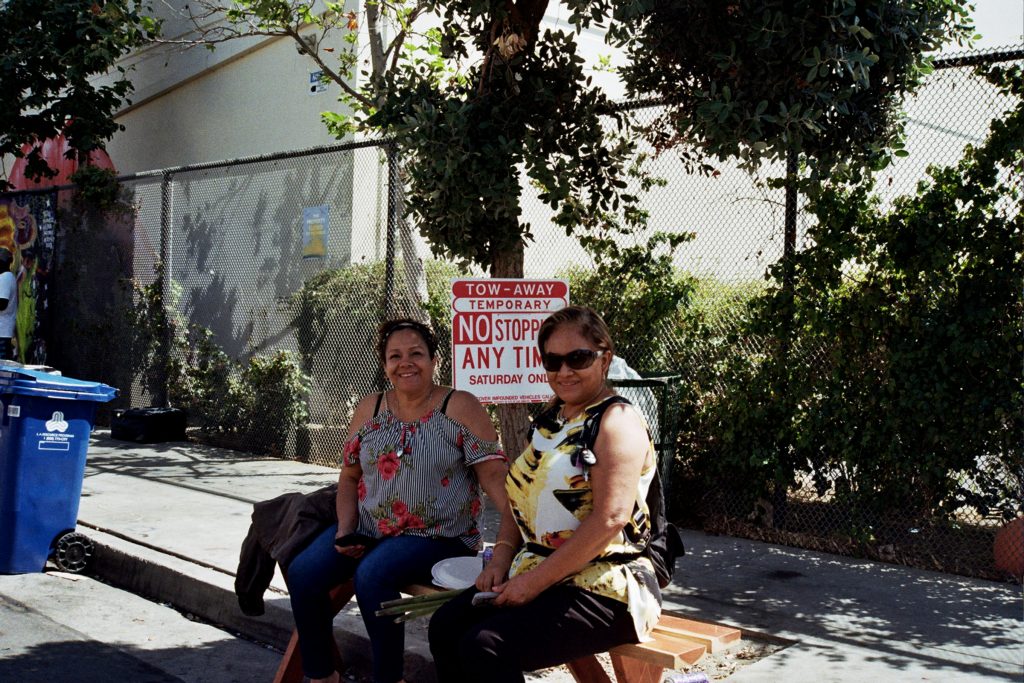 While there have been more beautiful spots to take a rest and have a chat, these two Latinas found one and they really loved to get shot from me. I liked the Idea of a street shut down and have a pedestrian area there. They should do that more often! 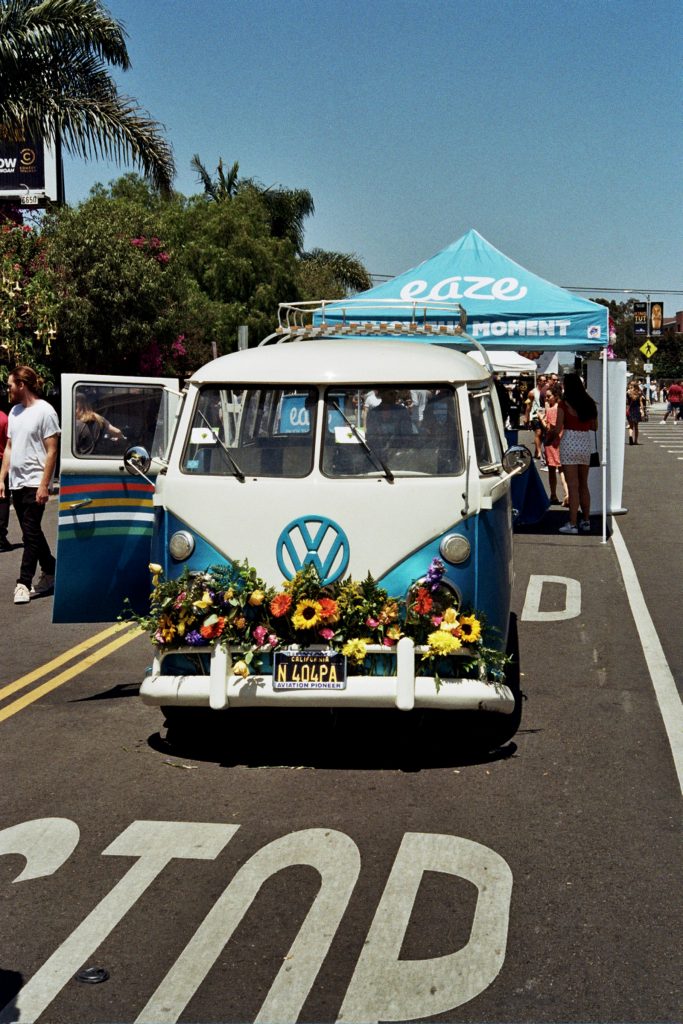 #VolksWagenAs I’m posting again a Volkswagen reference, Jürgen, I like to change my idea of you buying a Golf, let’s buy somehting like that, maybe as a Band Van? I’m sure everyone at botschArt would like that idea! 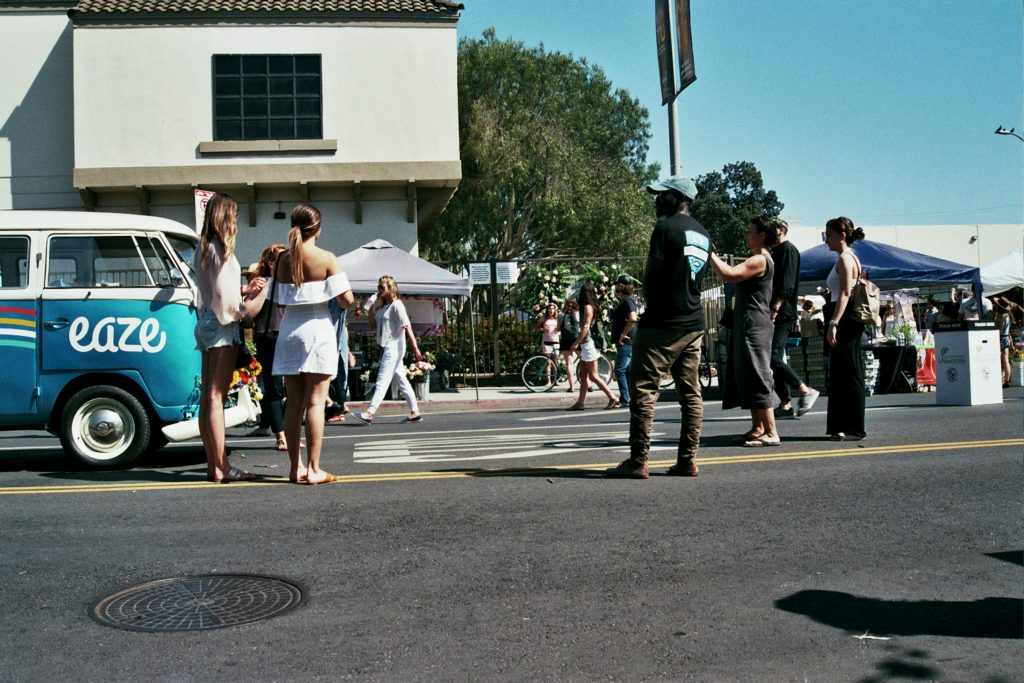 If we get one like those we could do a picture service for our fans, girls like to have a picture of themselves with a Volkswagen I know that now, they would even wait to get one! 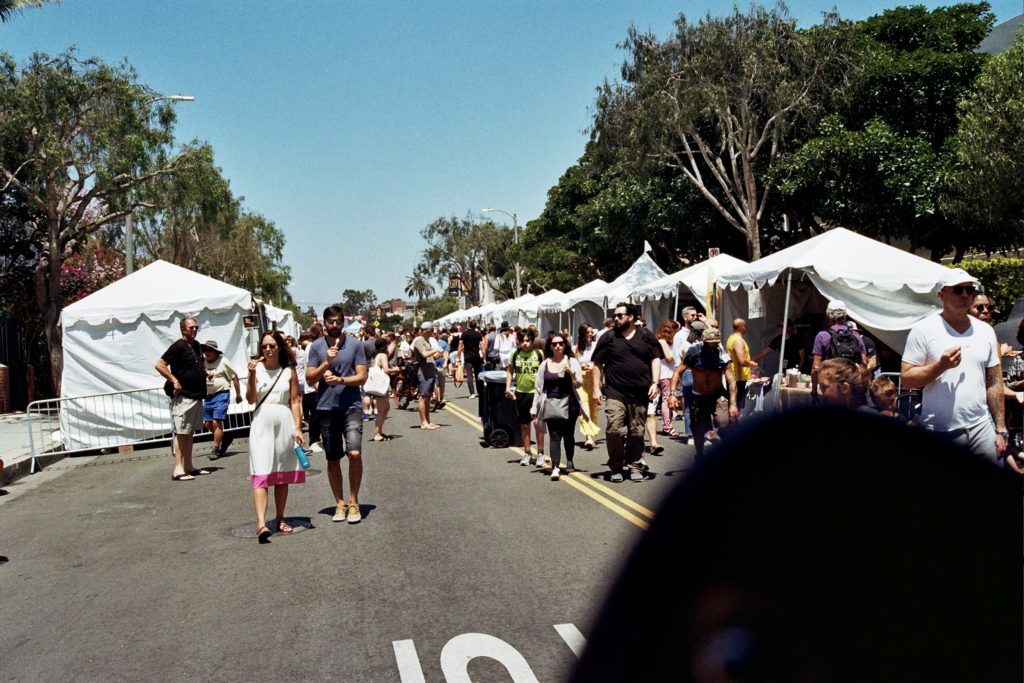 Mainly the festival was about eating, 2 Block of Rose Avenue were pedestrian area, one Block was for reserved for restaurants you could get everything there, pizza, plates, bowls, and some vegetarian stuff as well. But either I did not find the Ginko of Venice or there is no Ginko in Venice. 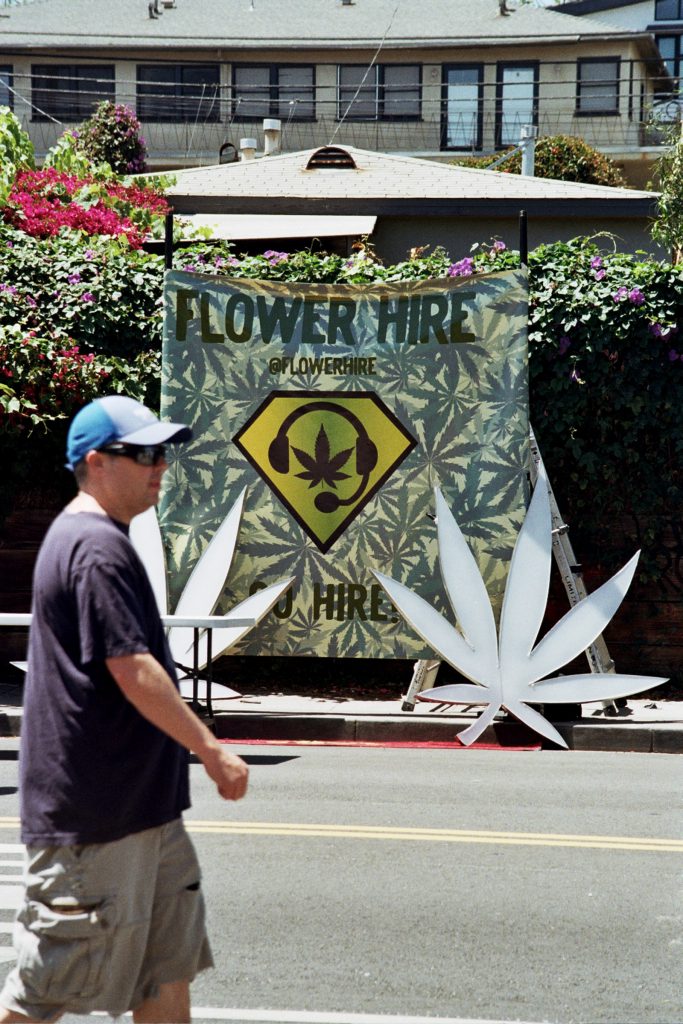 As you might know, California is a State in transition from medical Marihuana to Marihuana? (This sounds as if I’m baked right now…) Anyway, there’s a whole new industry coming, and there are already companies specialized on hirering people for that industry. So here’s some more unpaid paid content or stuff… 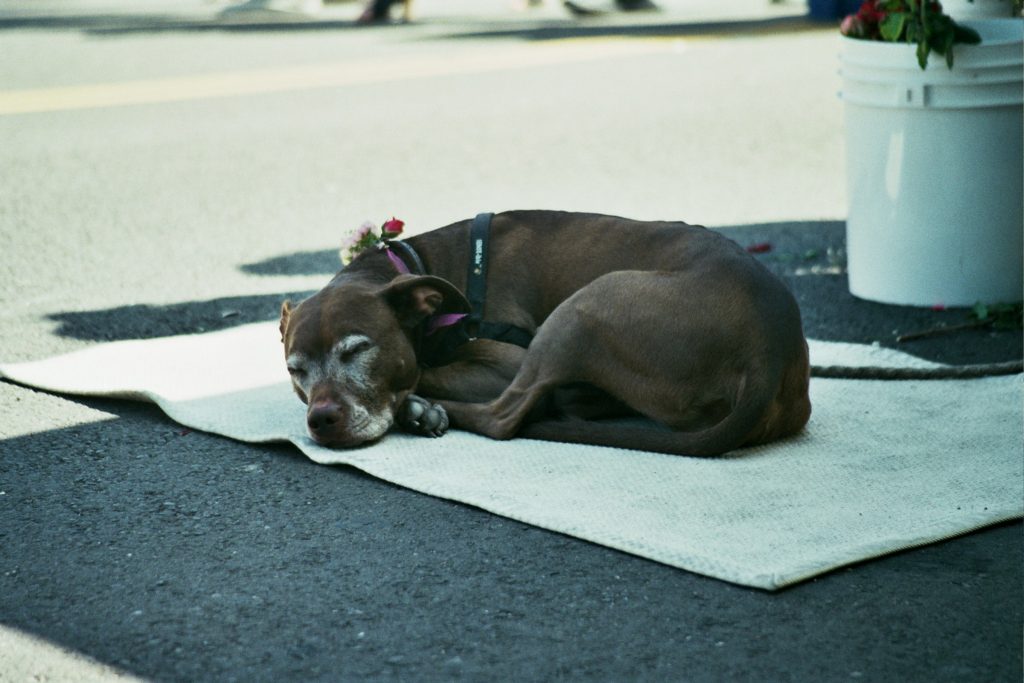 And then, there was this dog, sleeping with a flower on his neck 🙂 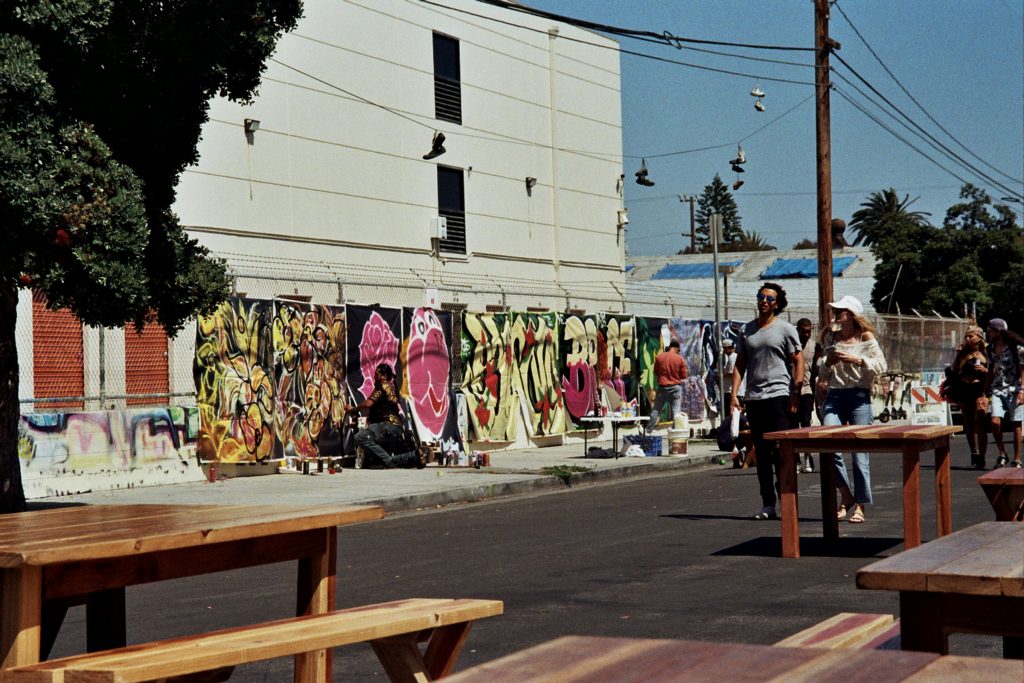 There were plenty of tables with benches prepared for people to have lunch, but they were rarely used, at the back there’re some street art artists. To the right of the guy with the orange jersey that one was my favorite. 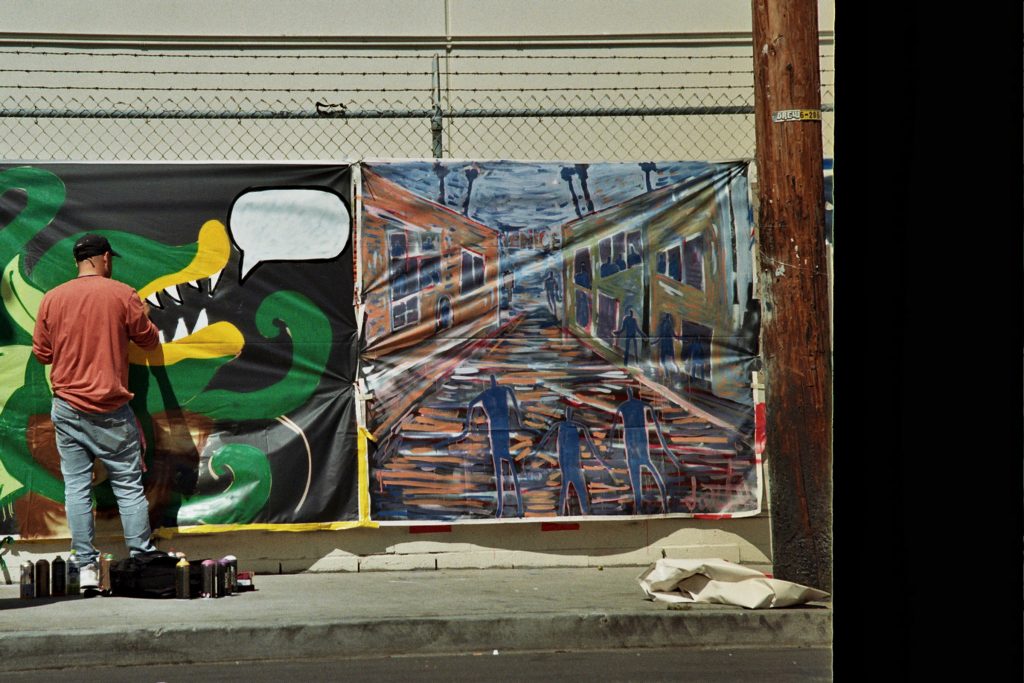 I would have taken it home with me if I had thousands of $ to spend on street art and the person who did it was available to sell it, which was not the case, good luck for my debit card thought. 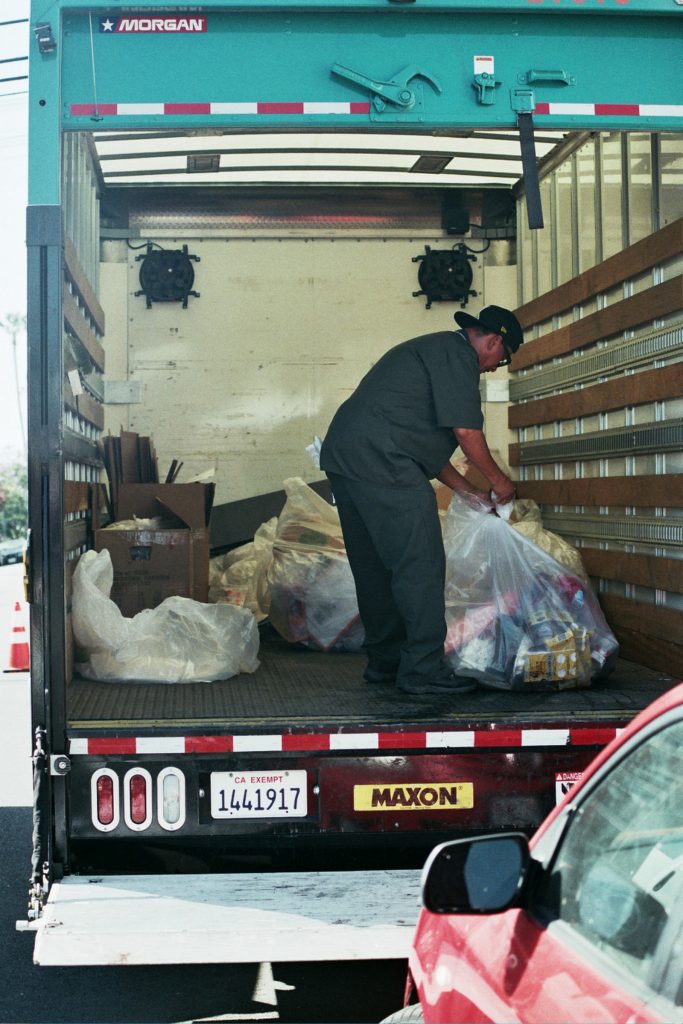 You know, there’re some jobs that don’t get as much attention as they should get, I read something about bus drivers these days, and here’s another profession that should get way more attention, they clean up our waste at parties like Flower Festival