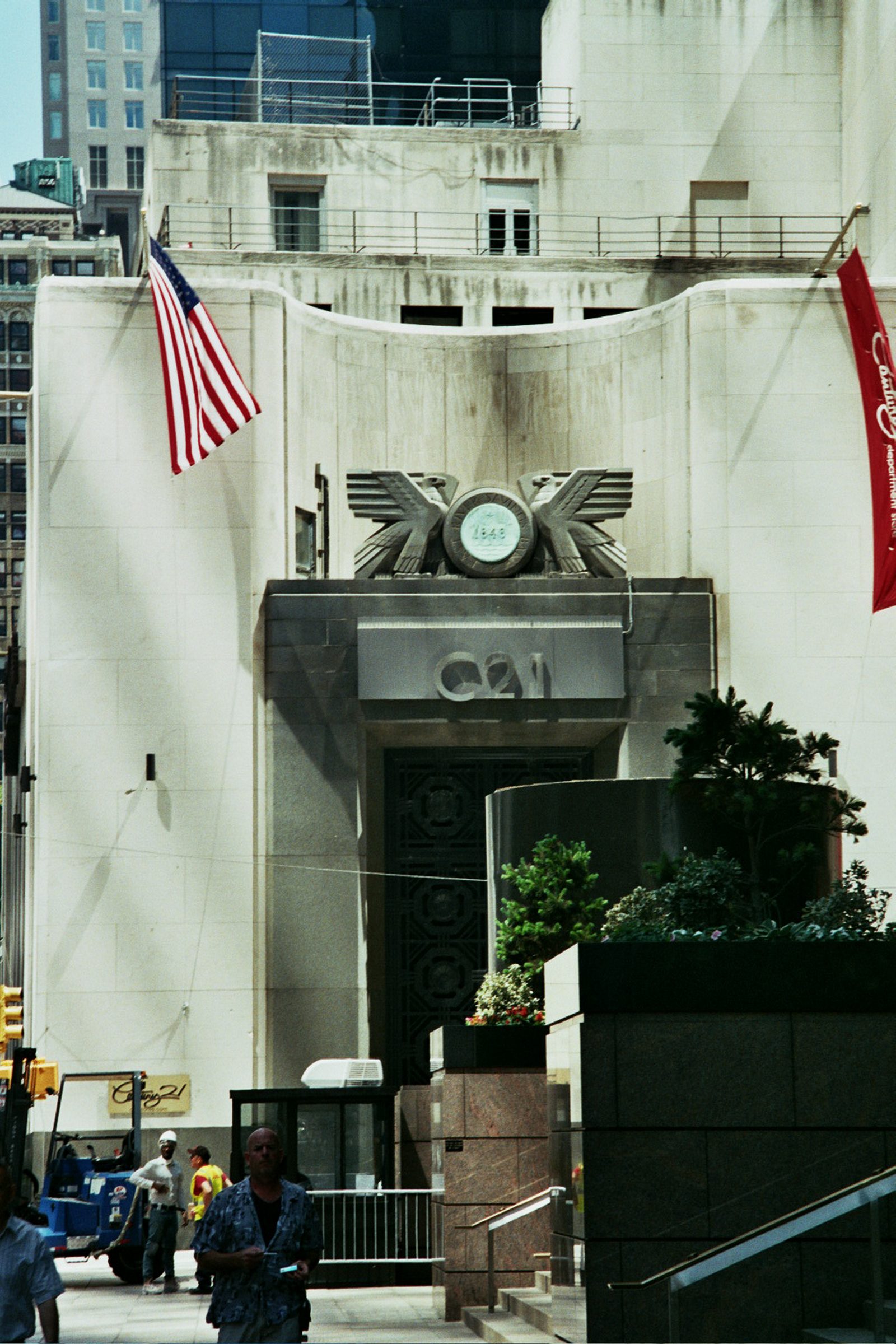 So I met with a friend in New York, like meet half way or something. So we met at Abrahams. He’s way more friendly to visitors than the other guy with the big building, I try not to remember his name and face… 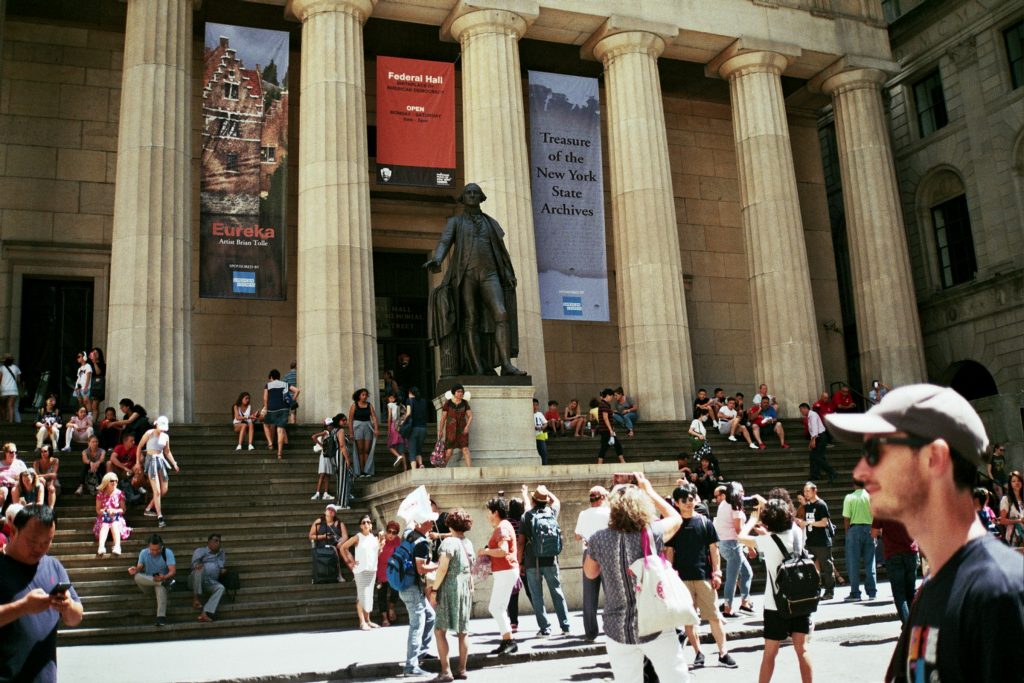 And now for the obvious, if you visit a real city like New York you’re going to see plenty of real big buildings! Most of them to big for your lens, whatever lens you’re using, maybe it’d workout with a fisheye… 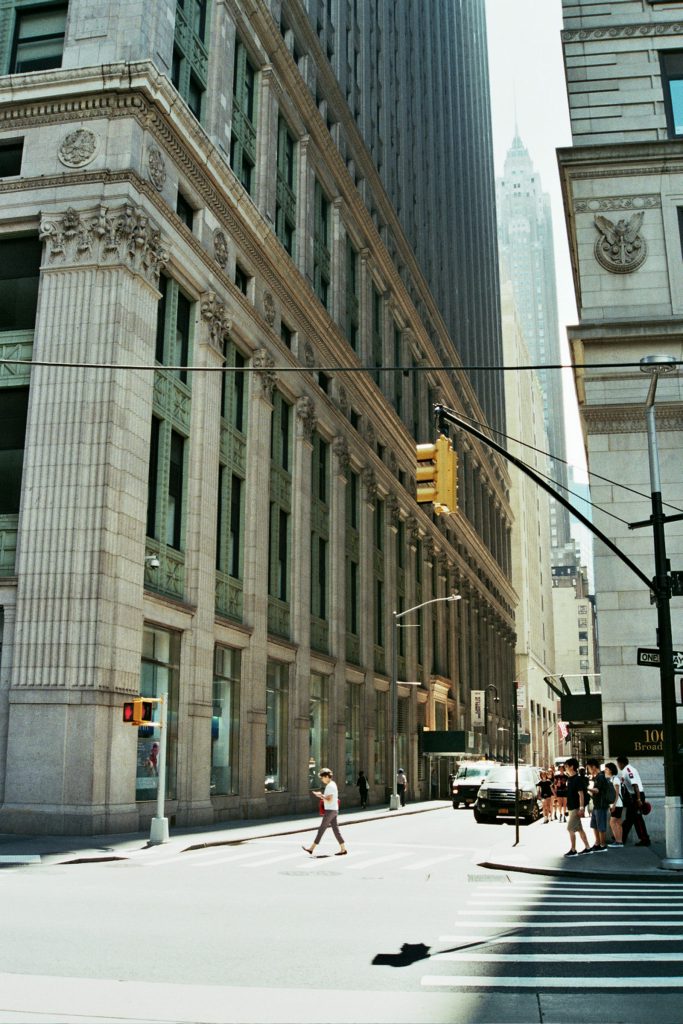 And there’re some buildings you might wonder what they stand for, like the nest one, honestly, when I saw this building I was like Holy what the fuck happend, did the NAZIs (or should I better say we, as we did not deal with our history so far) win the war and nobody recognized it? 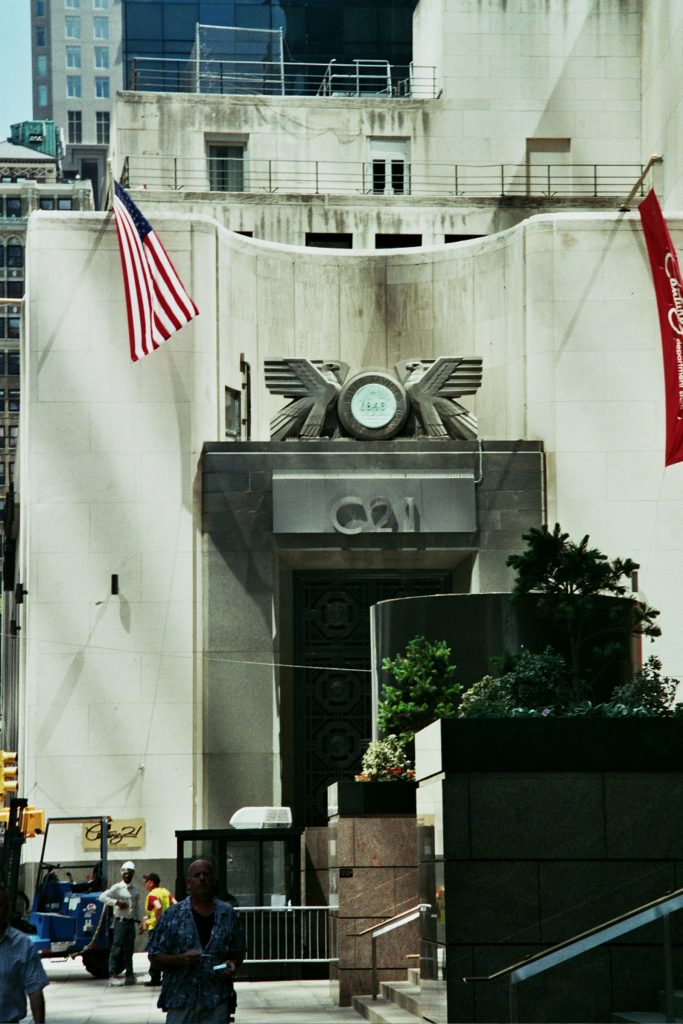 And a lot of buidlings do reflections pretty well, this picture is taken next to the One World Trade Center and you can see the clouds reflected in the Building, but there’s going to come more reflections, I hope you like them! 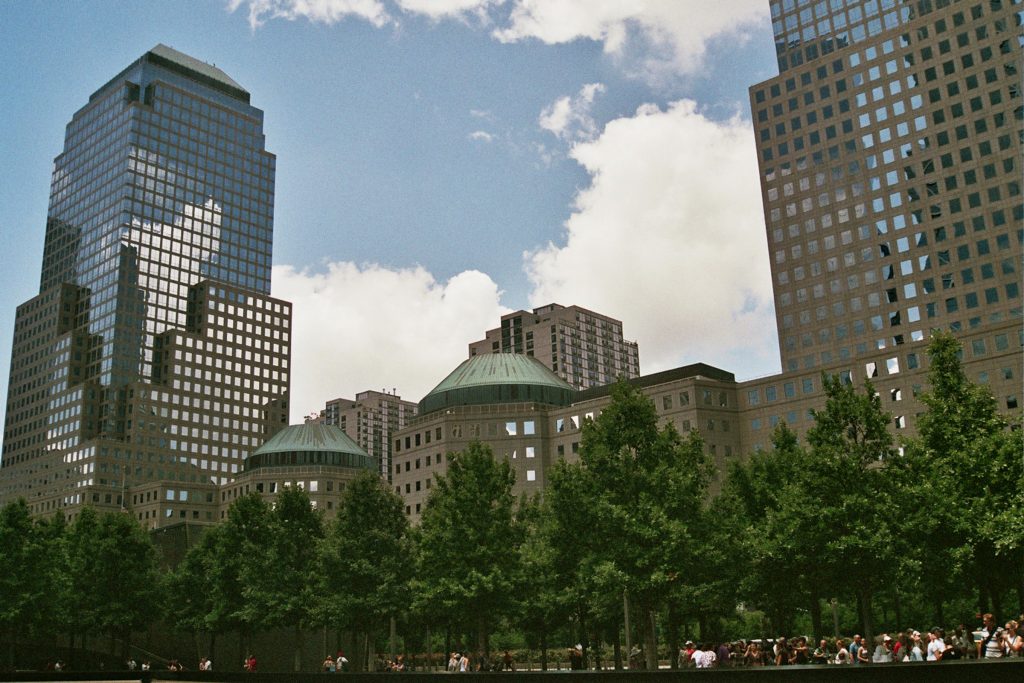 Like this one, where only local traffic is permitted so we had to go away, as we’re no locals… you see buildings in other buildings, isn’t that beautiful? 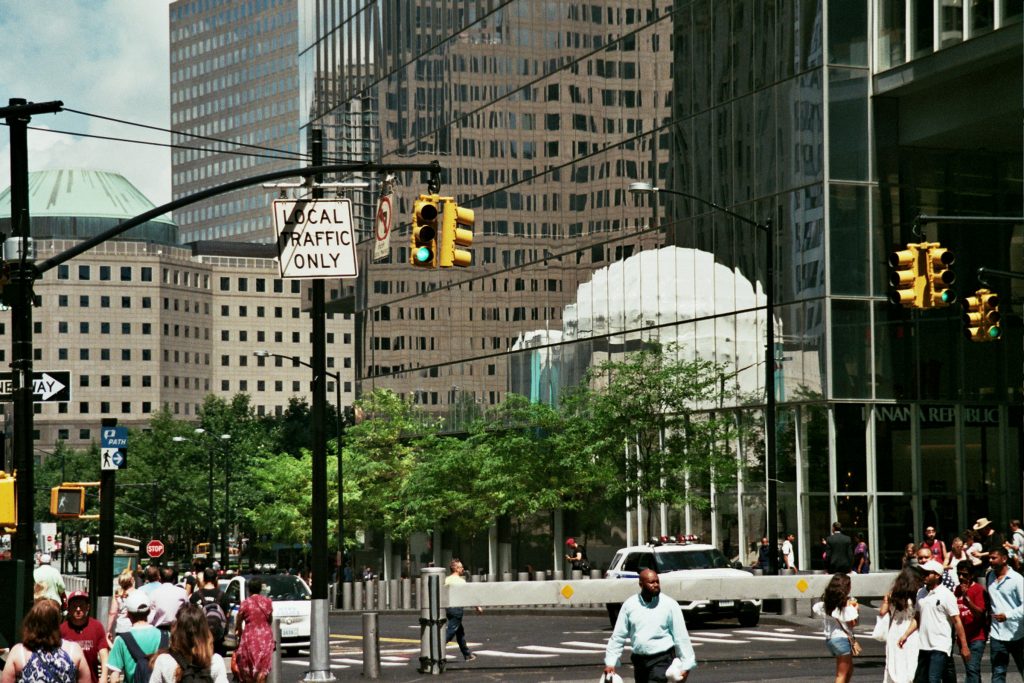 And again a Building now you see buildings and clouds and trees and everything reflected in the glass… I liked it a lot it was pretty impressive! 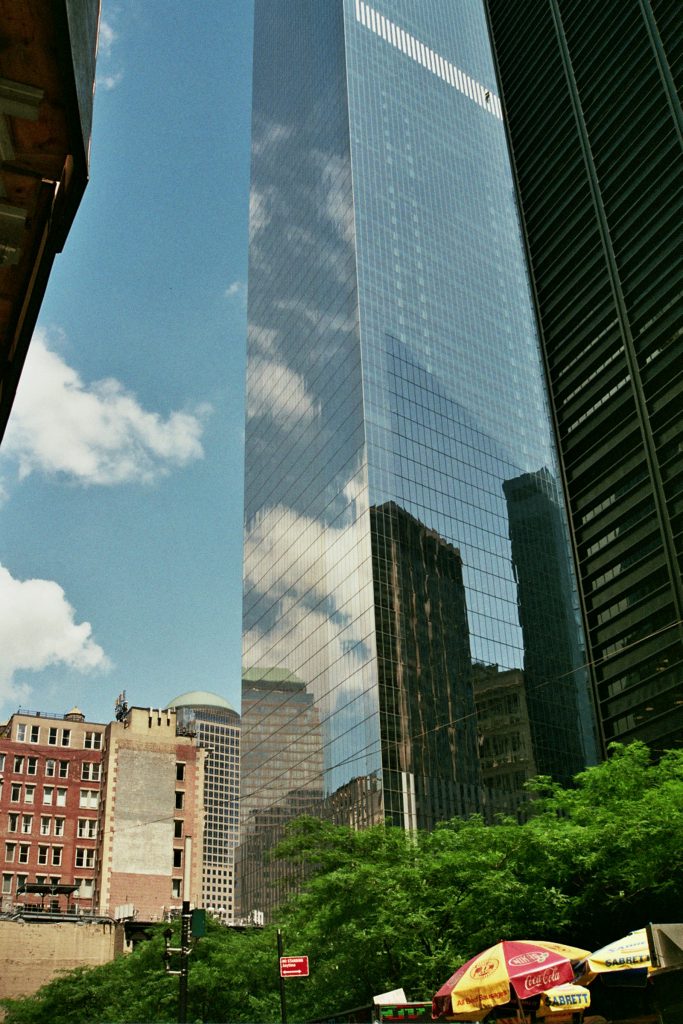 This isn’t the Trump tower, it’s the one world trade center, and guess whaton the ground floor, there’s a whole shopping mall included in this strange white thing in front of it, but we did not buy a Lamy fountain pen, as they were way to expensive and we were both good with what pens we had. 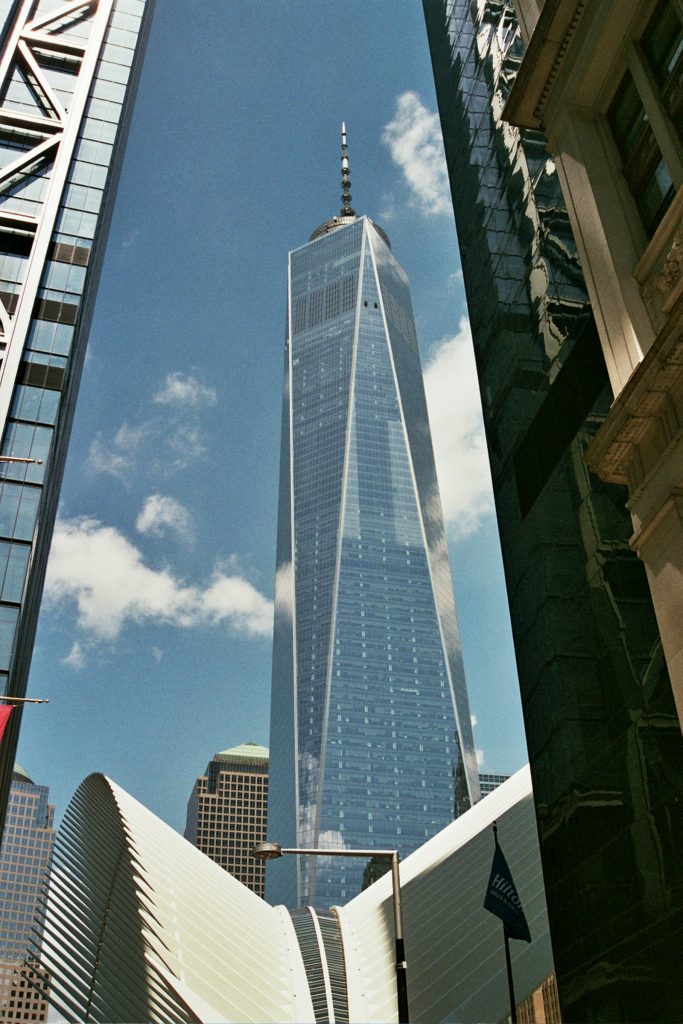 As we entered the building, this is in the white thing, I saw something I really liked a lot, let’s have it a Where’s Waldo picture. Whoever finds it finds it, maybe some day I’ll disclose what I saw in this picture. A hint: there’s a big flag and something else right inside the one world trade center. 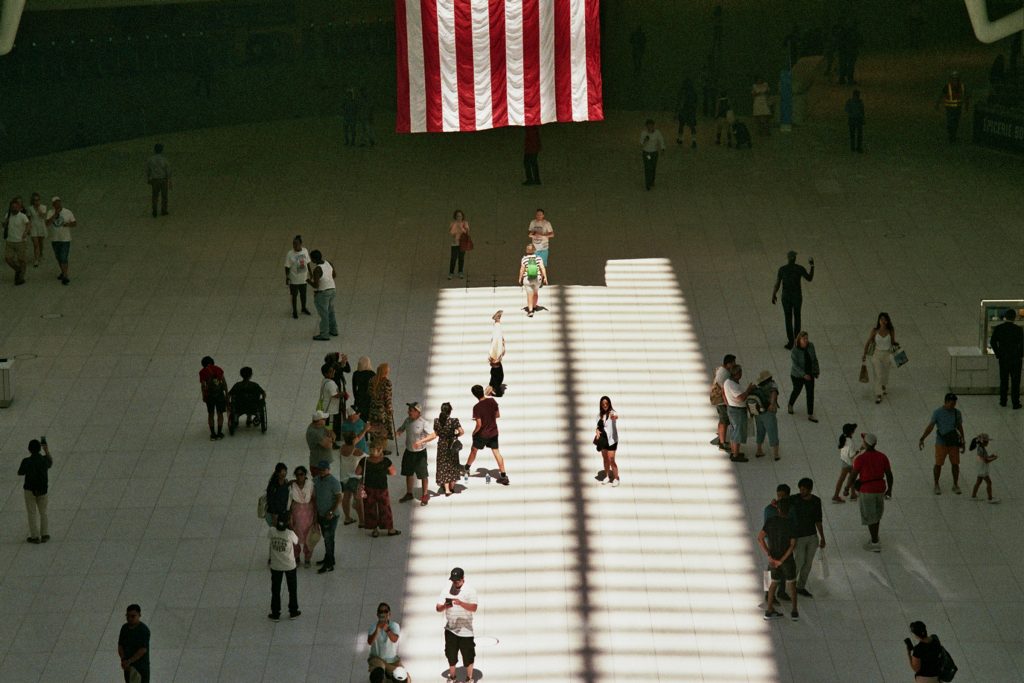 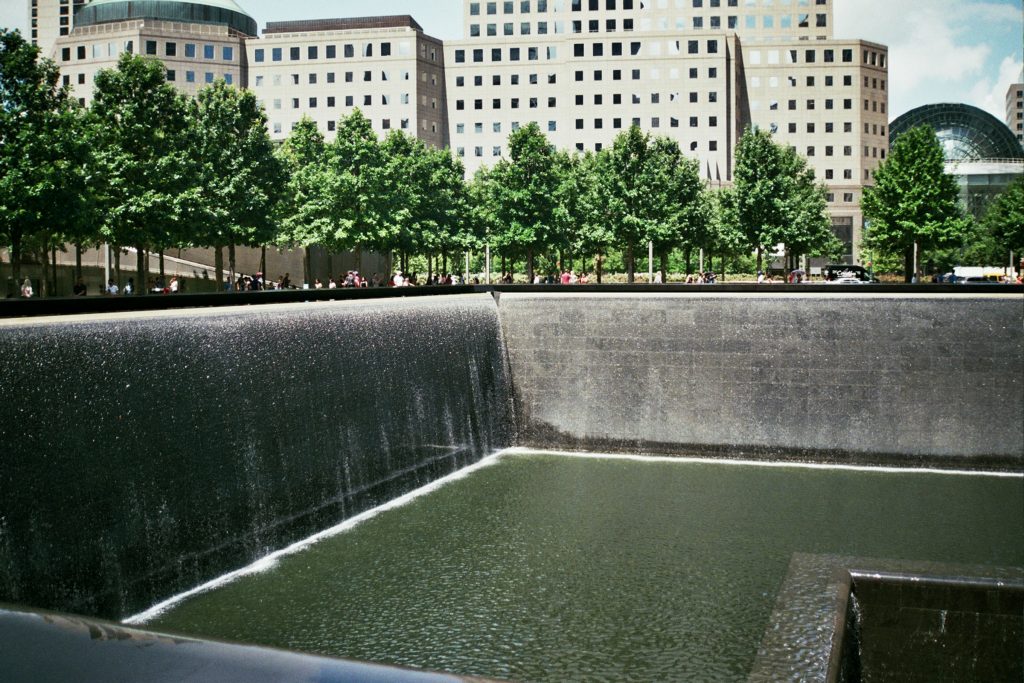