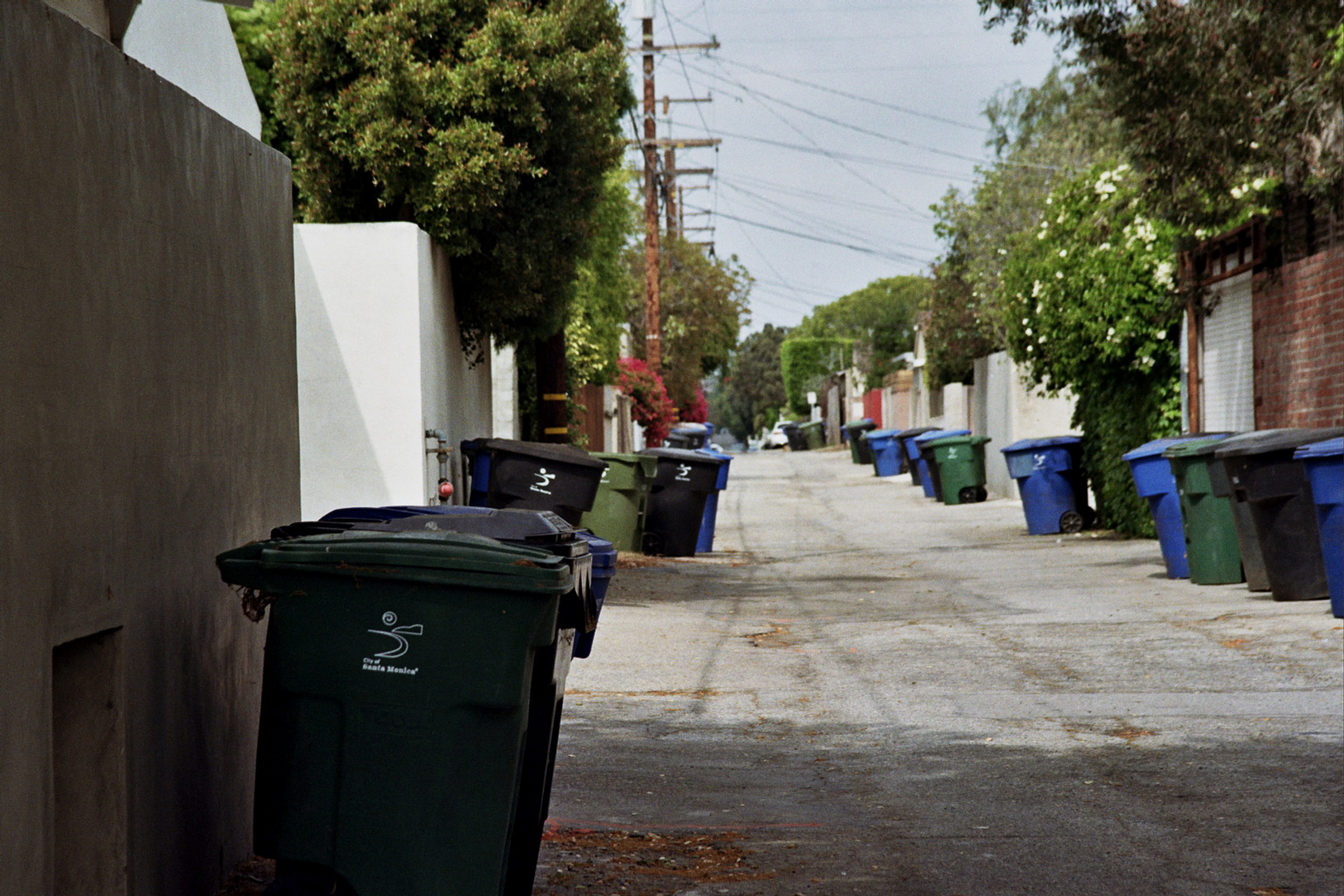 And again back in Santa Monica… Let’s finish that film of mine. 36 pictures before I can get it developed. Let’s…. shoot them all on the way to @Rose Photo I then will have some pictures from arround the block… 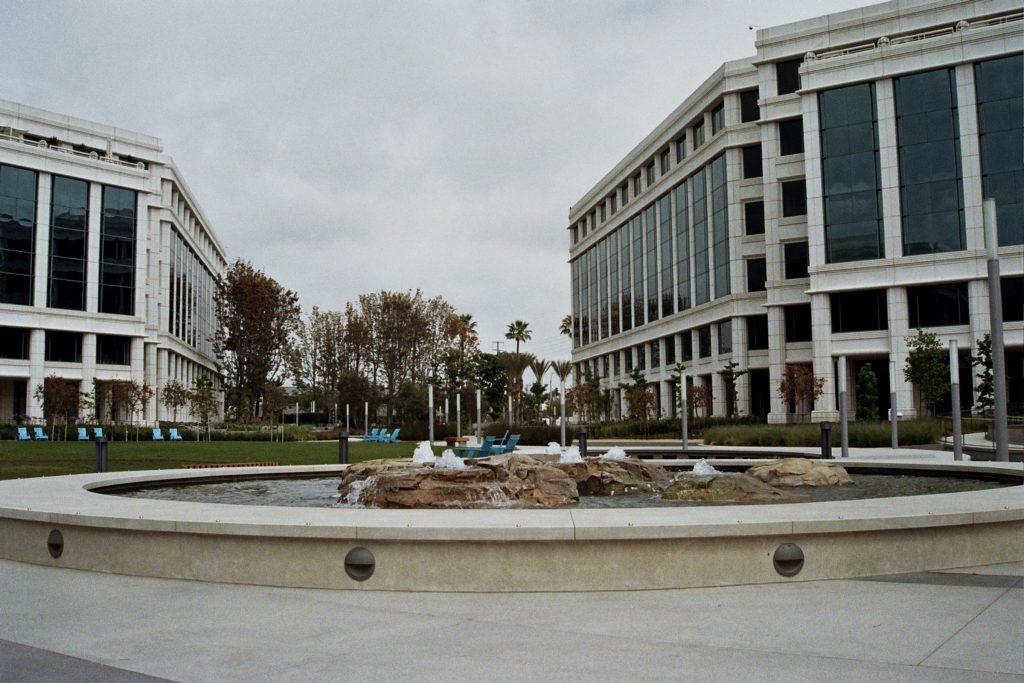 So next to the Appartment there’s @The Water Garden I do not have any idea what’s going on there. It’s a big phat building with some water and green in the center… Of course what else would you expect. 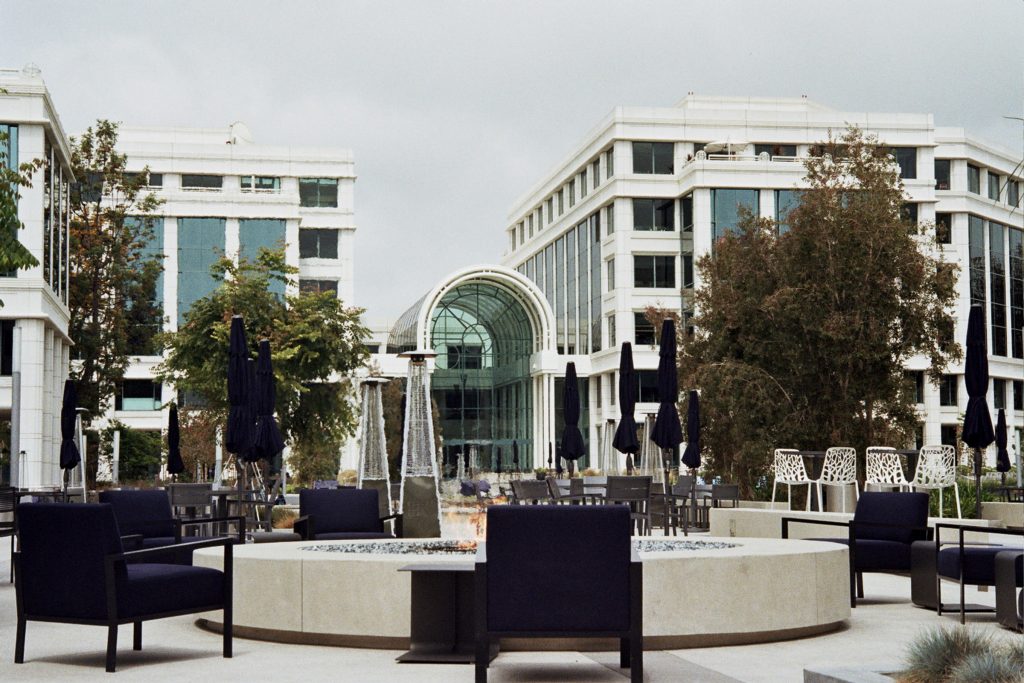 So there’s one thing I do not understand here. Americans fear fire, as they have wildfires arround all the time but they have public gas fire to warm yourself up, also note, the seats are upholstery furniture, outdoors! 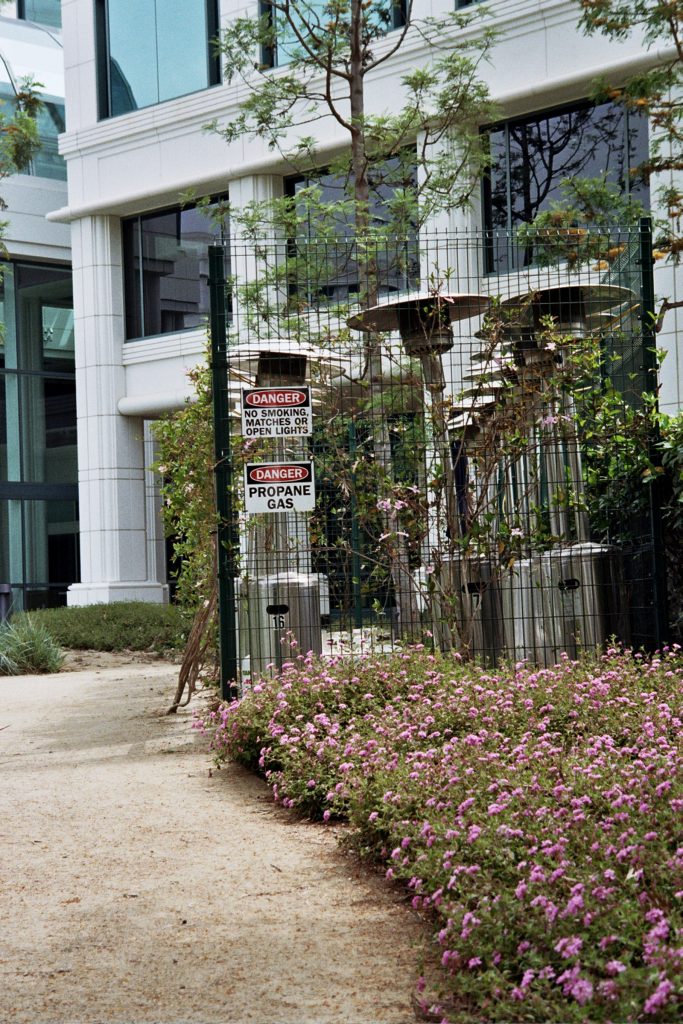 At least some of those radiant heaters are locked away, I guess they’re for special purposes… 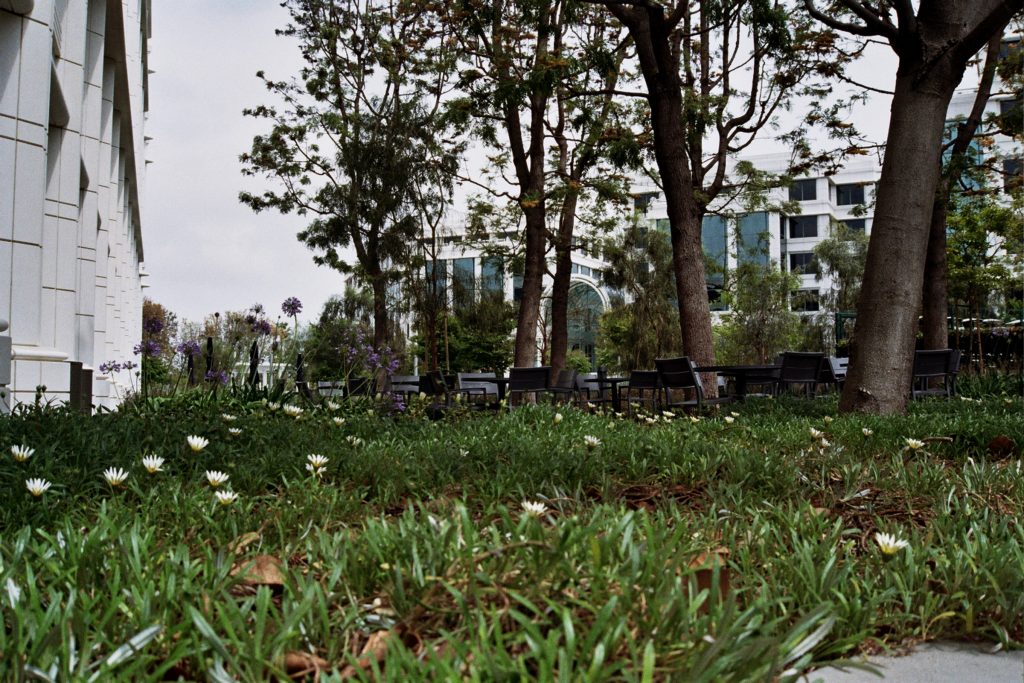 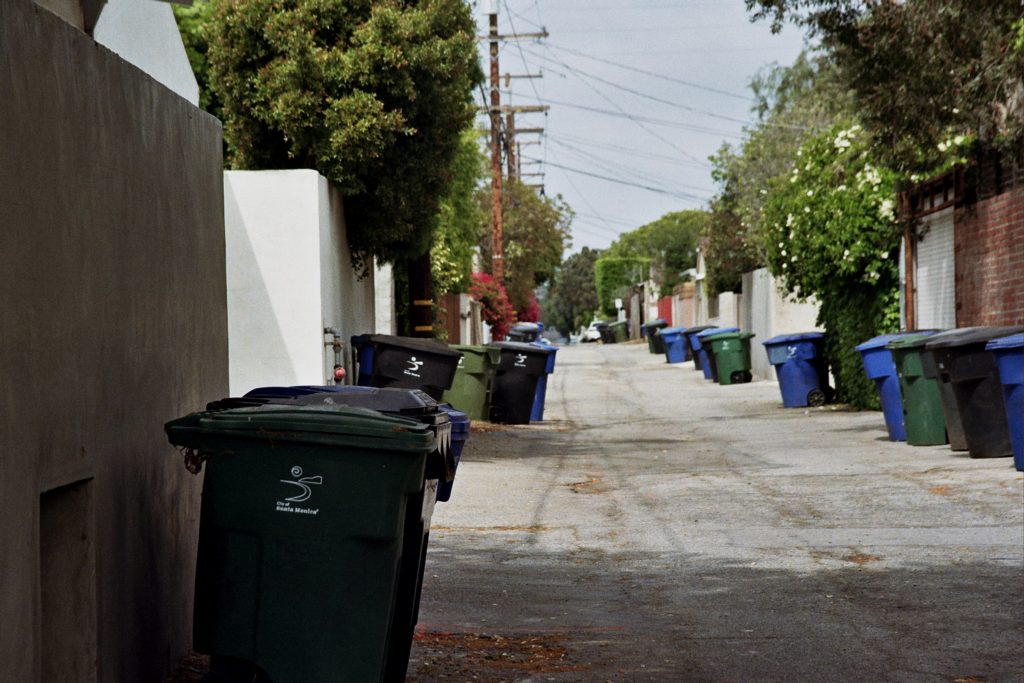 On the way to the Rose Photo I saw those „Trash Roads“ like you know them from movies, these roads are parallel to normal roads and you hardly ever see someone on them. 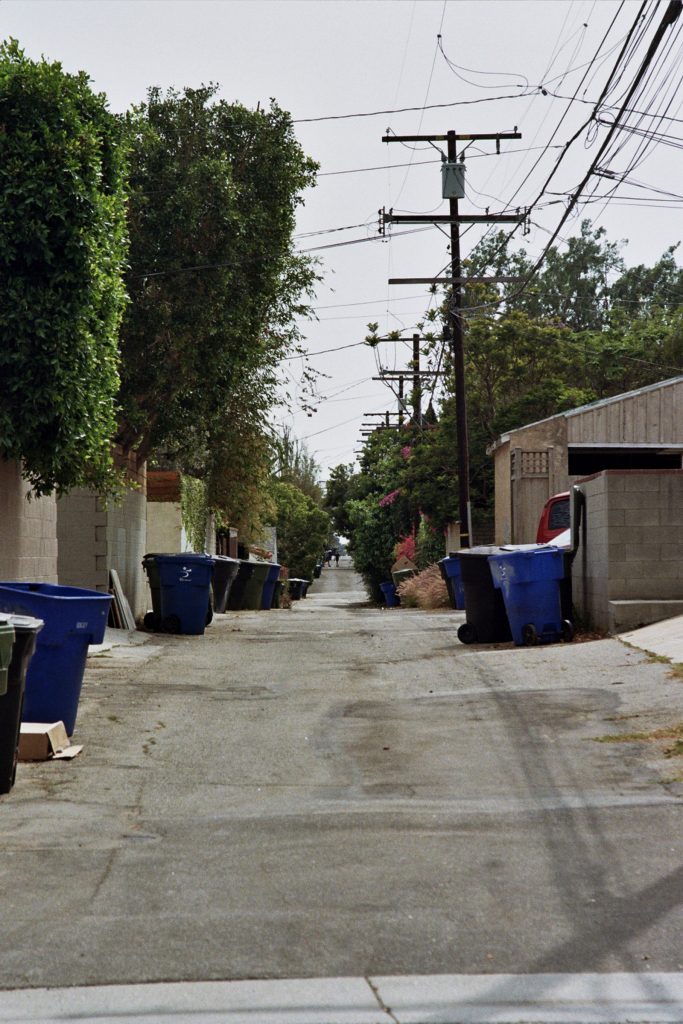 As mentioned, you hardly ever see someone, but from time to time, there are people on those roads… 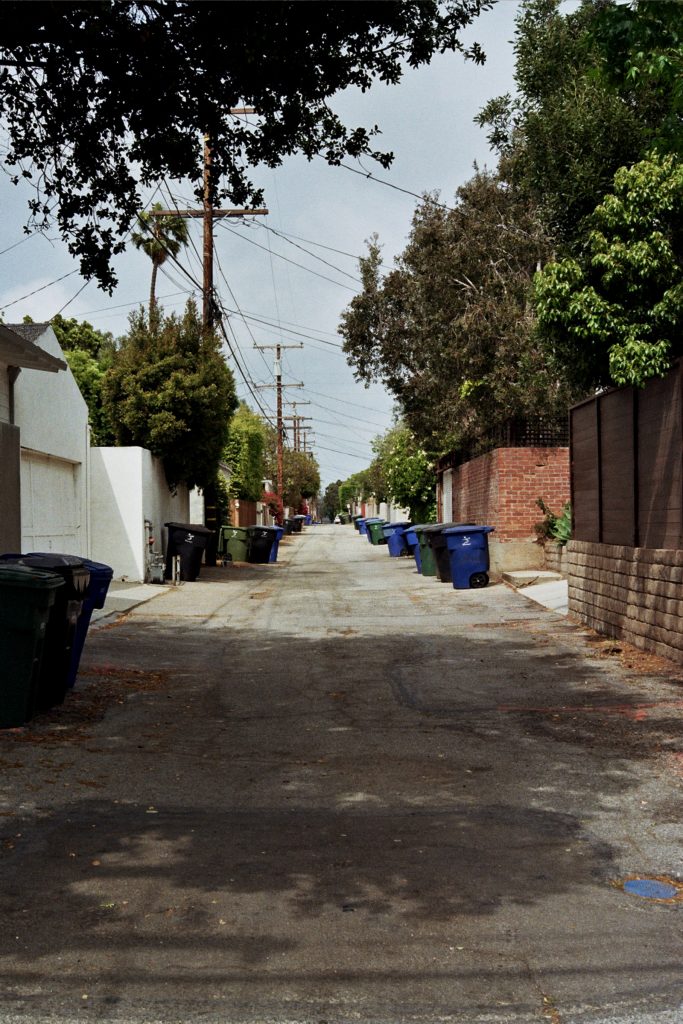 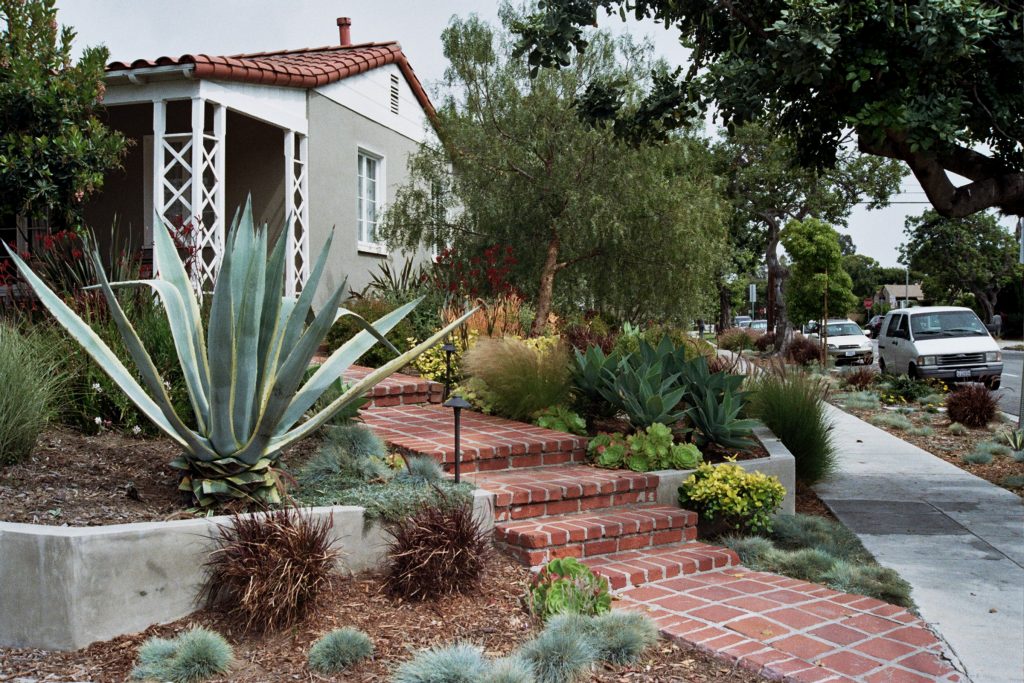 I think this is it pretty much, how people live arround here, in their little houses, look like boxes, and they all made of Ticky Tacky…. 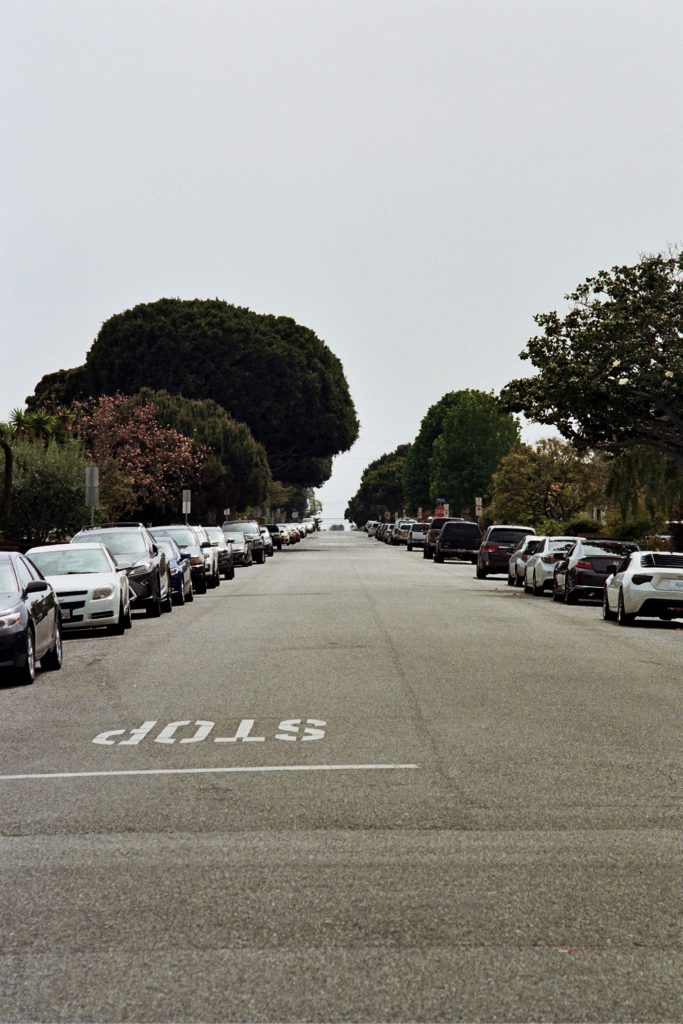 One of those things I’m still not getting used to are the streets, so back in austria on the streets you see people or nothing or people and cars and… so either there’s something or nothing. In LA you see cars, cars only, on your right it’s cars on your left it’s cars… 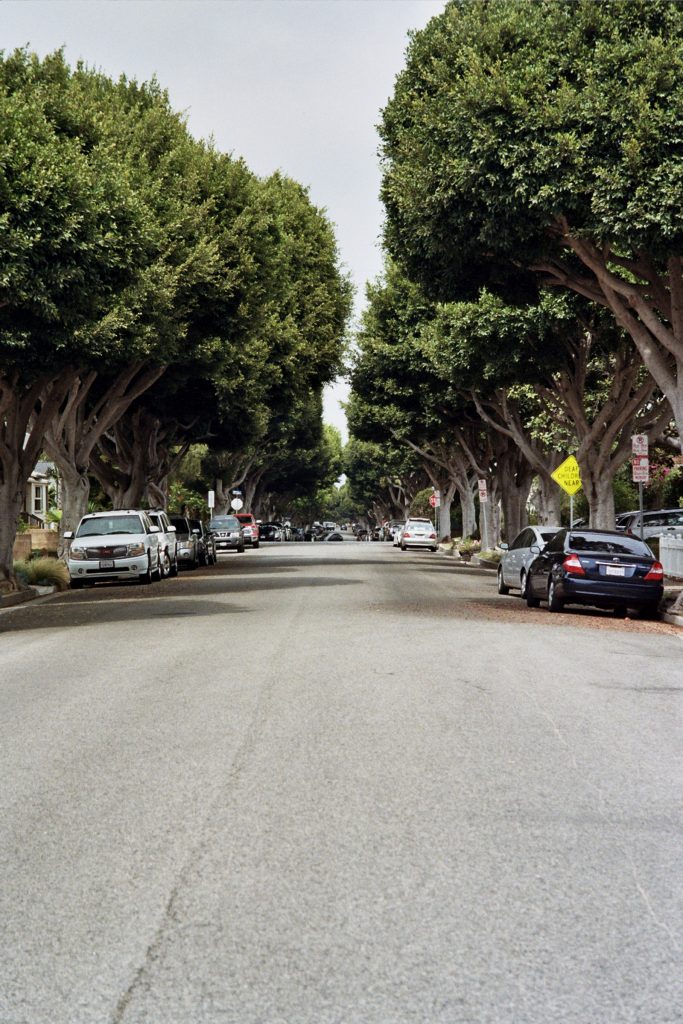 and trees, yeah, you see a lot of trees next to the road like in a Allee in austria… 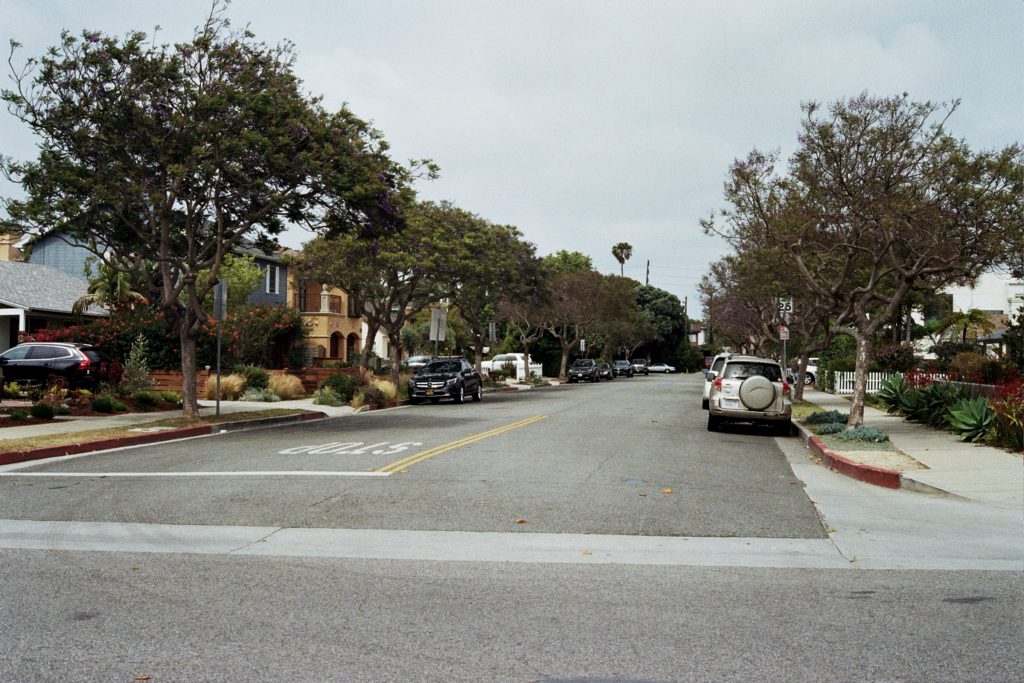 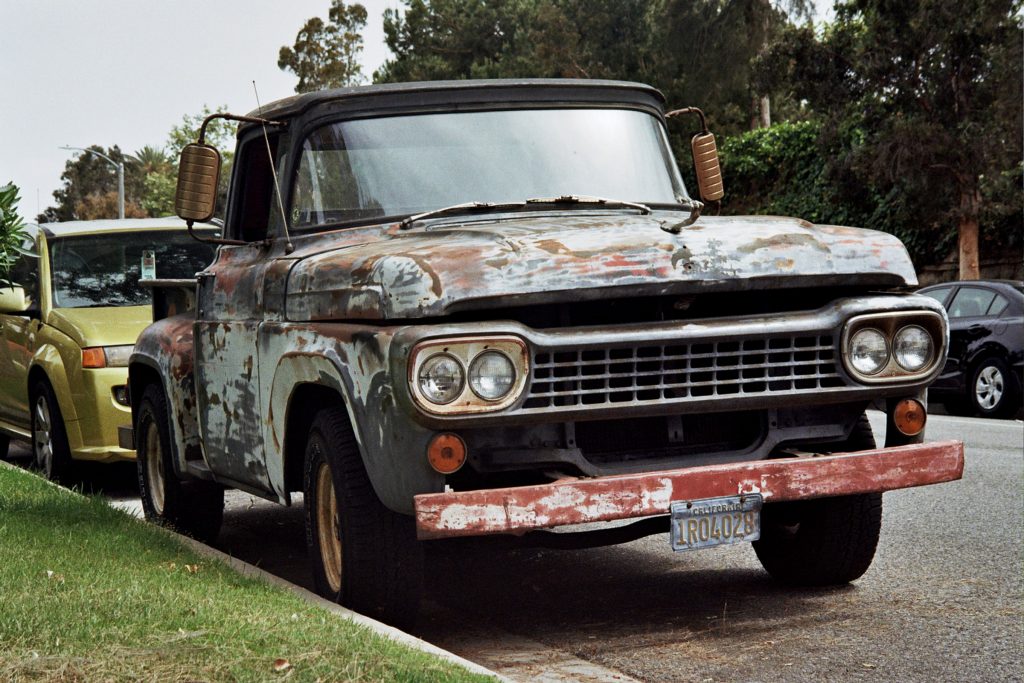 Looks like you do not have to get to a repair shop every now and then to have your car checked. Above one looks like it hasn’t seen a repair shop within years, beautiful though. 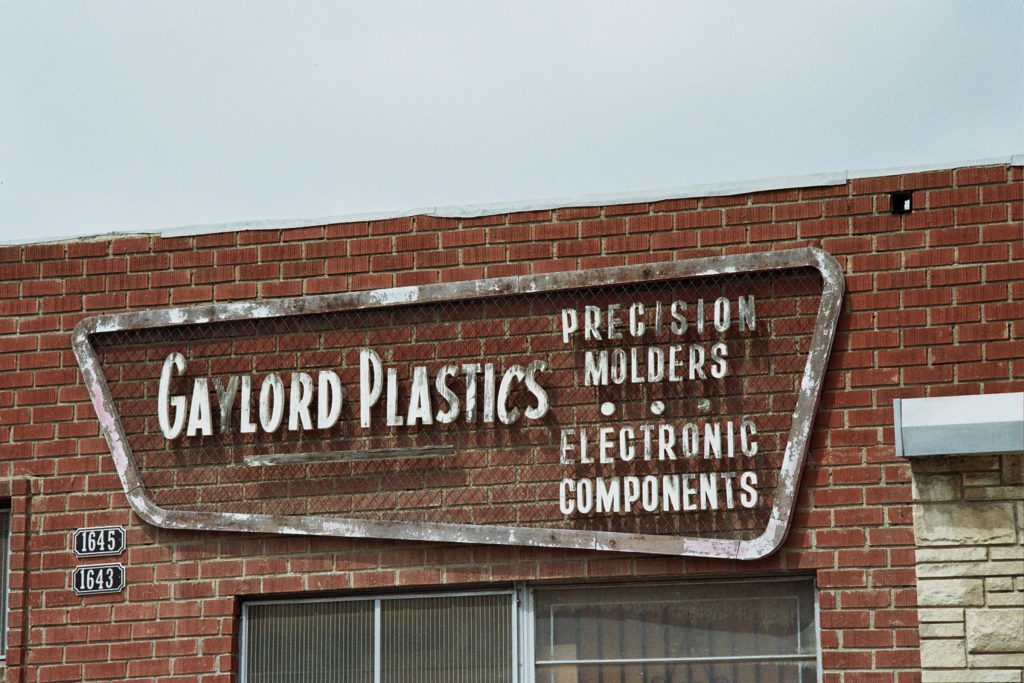 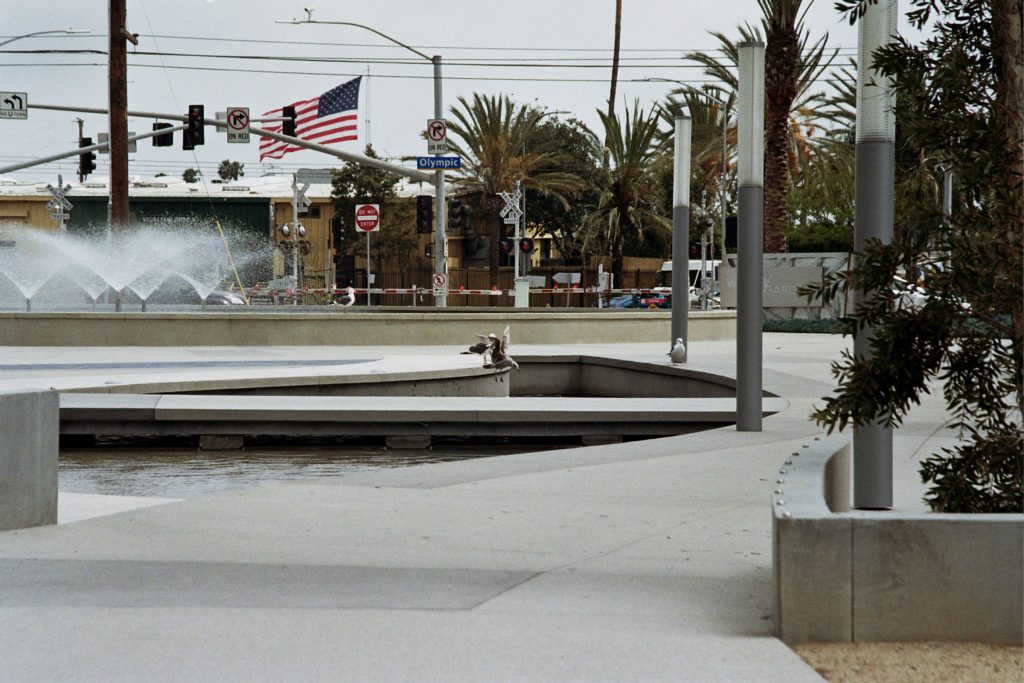 You’ve seen something like that… it’s Water Garden again, with some birds and most important there’s a united states flag to see. There are some of them arround… they are like everywhere!