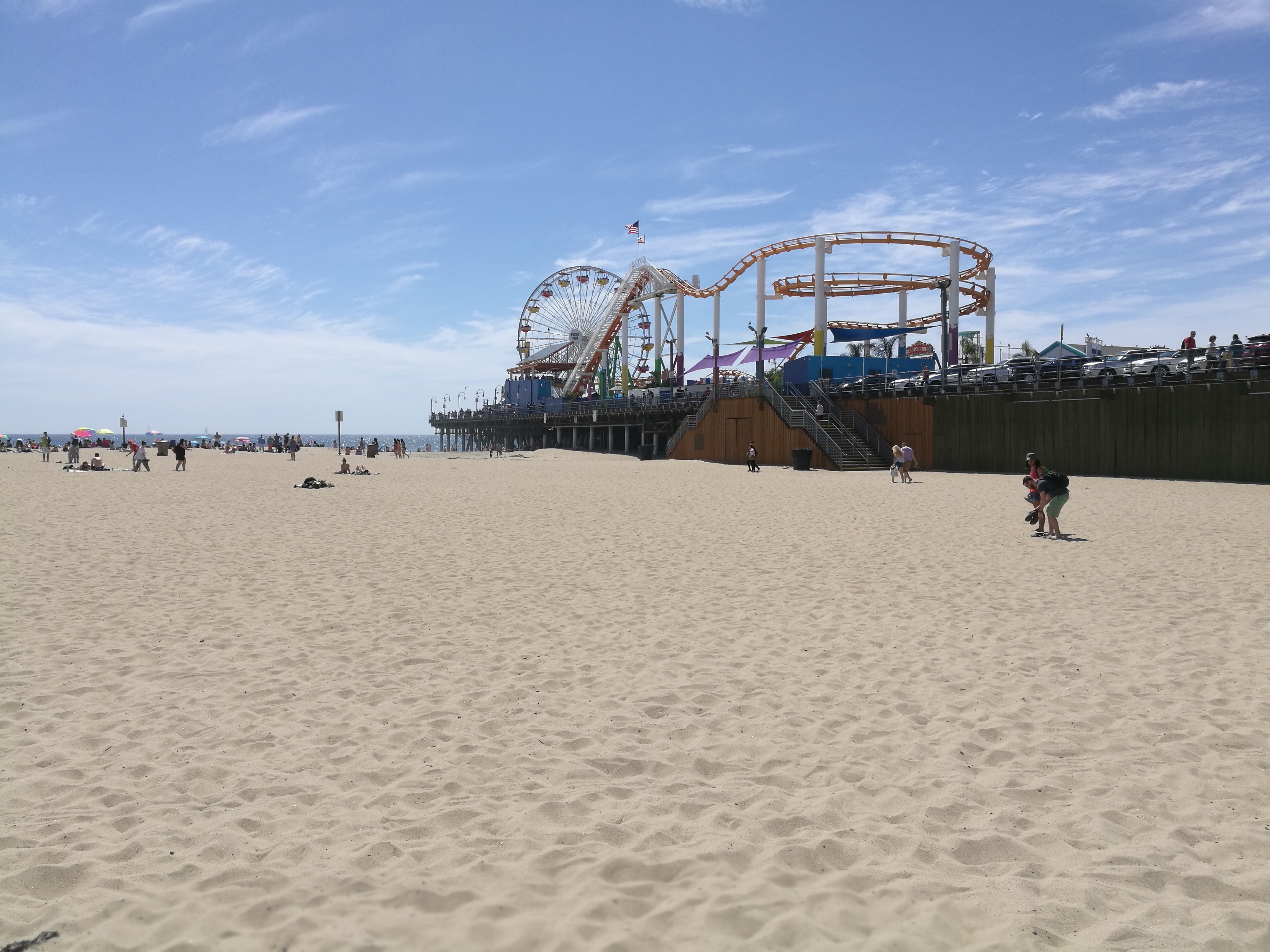 It’s been a while now since I entered the United States on April 17th. Yes I’ve been here before and I’ve seen some places before. But no I did not have an idea what to expect, what was going to come, what the next weeks and months will be like.

Okay, I knew that there’s a Pier in Santa Monica, I knew that this Pier is well known arround the world and especially to the gaming community, they have seen this Pier in several games. Don’t care which ones GTA5 of course and others. 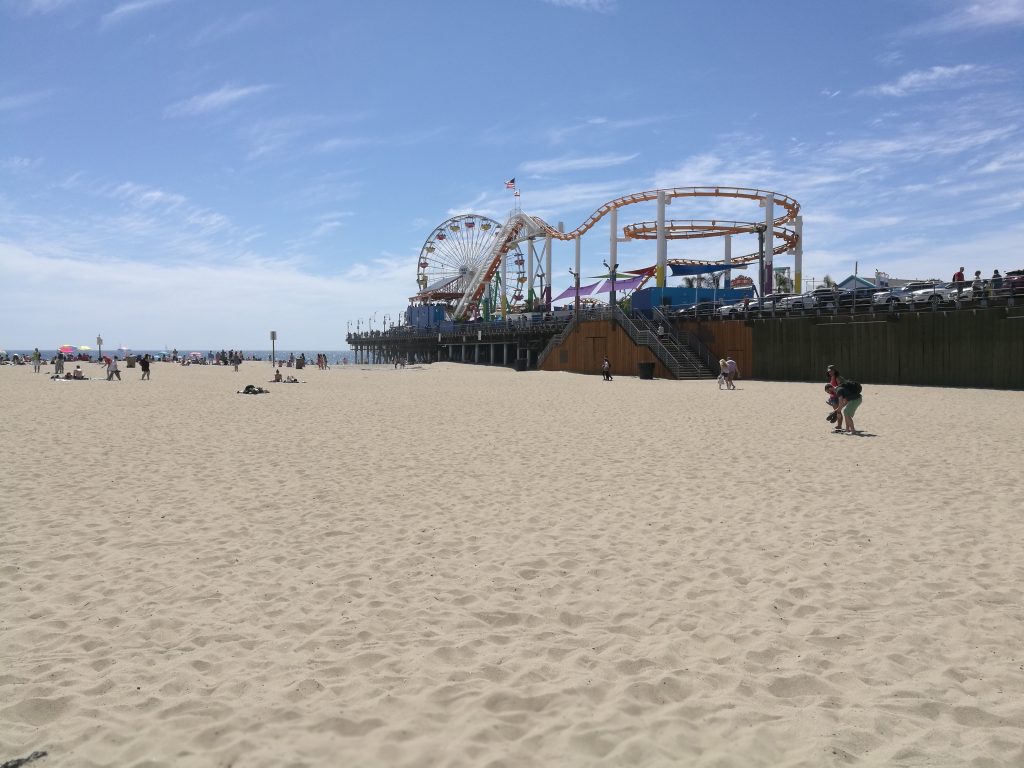 But what else could I expect? Where would I live? It has been taken care of Appartment, Car, Furniture and so on. All I had to do was: come here, get the keys and check out the Internet Connection. Make WIFI great again and find a bike.

And now? It seems like everybody back in austria is expecting daily updates from me, how do you do? Have you already met new people? It seemed as if the questions asked changed slightly but basically they were just the same. Back home it were questions like. Bist scho aufgregt? Host scho pockt? And so on, so basically nothing changed at all, except the place I’m working at, and the Internet connection type changed from good internet to fucking bad internet with 30% Packetloss. So I got a first mission.

So I raised a Ticket with ISP and I was pretty excited when they told me an engineer will come over on the following day, that’s something you definitively cannot expect in Austria. So on the next day at 8am there was this guy calling, he sounded pretty pissed, don’t know why. Anyhow he came up to the Appartment, asked if I tried directly connecting and the whole stuff, then after he measured the cable he saw that the upstream signal was pretty shitty. Took us two hours to find out that inhouse cabling is old and shitty and construction crew would be needed to fix this. Unfortunatelly this did not happen until now. Will be done soon, hopefully, working will be more fun than again, I guess?

So I went arround in Santa Monica, to see something, see the Pier, see the Street, see Santa Monica, as touristic as it could be. There’s a nice pedestrian area near the Pier, yes, ther’re only shops, all the way, you can compare it to #Herrengasse. But there’s way better street arts, musicans are great! By now I’ve seen them twice and I really liked what they’re doing! 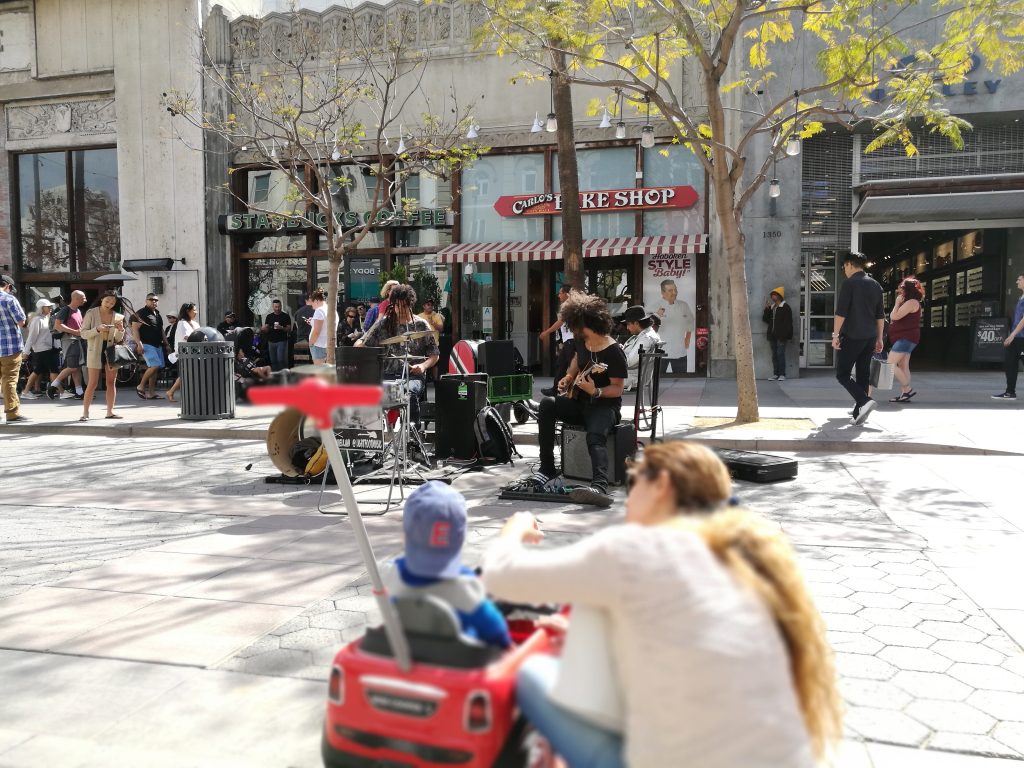 So guys are british are’nt ya? So when you’re in a foreign City and you know #Zlatan is here you should somehow figure out where to whatch the game. And there was an english pub in the middle of the tourist district. Anyway, there was a chance to see tonights game there. #Zlatan against someone. Met a guy who’s a subcontractor at the airport doing some stuff, no Idea what, can’t remember. Had loads of beer, unexpectedly good beer. Santa Monica Brew Works. 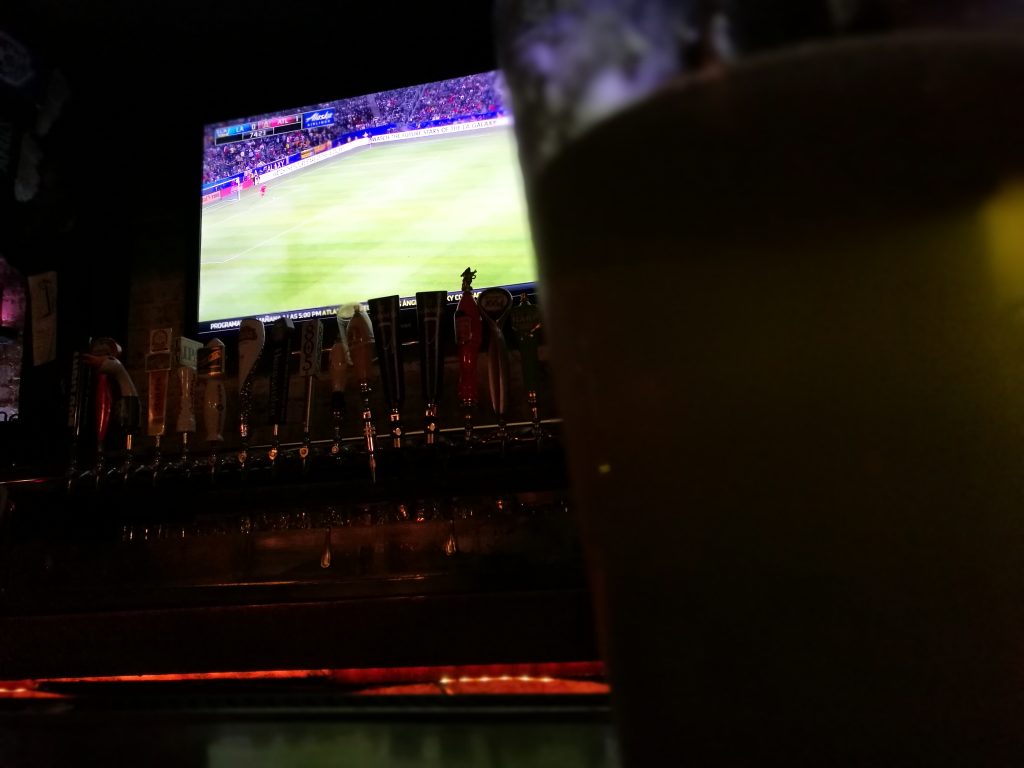 Okay you cannot see anything here, but, I swear, believe me… it’s beer and bar and Football(original of course).

So a week was gone and I still did not know anybody, except contacts from work, but shouldn’t there be another way to get in touch with people? Yes, let’s grab a beer at that english bar, there will be nice people. And indeed, there are english people, one guy from Manchester, „u wount andastand a gai from mantschesta“, and this guy from Liverpool. Unexpectedly they’re best friends, though one of of them is Liverpool FC and the other one Manchester United. And you know, everybody rememberes the fight, Mählich against Backham, right, do you? I hated that United player for not getting a card! Manchester folks do not even remember… 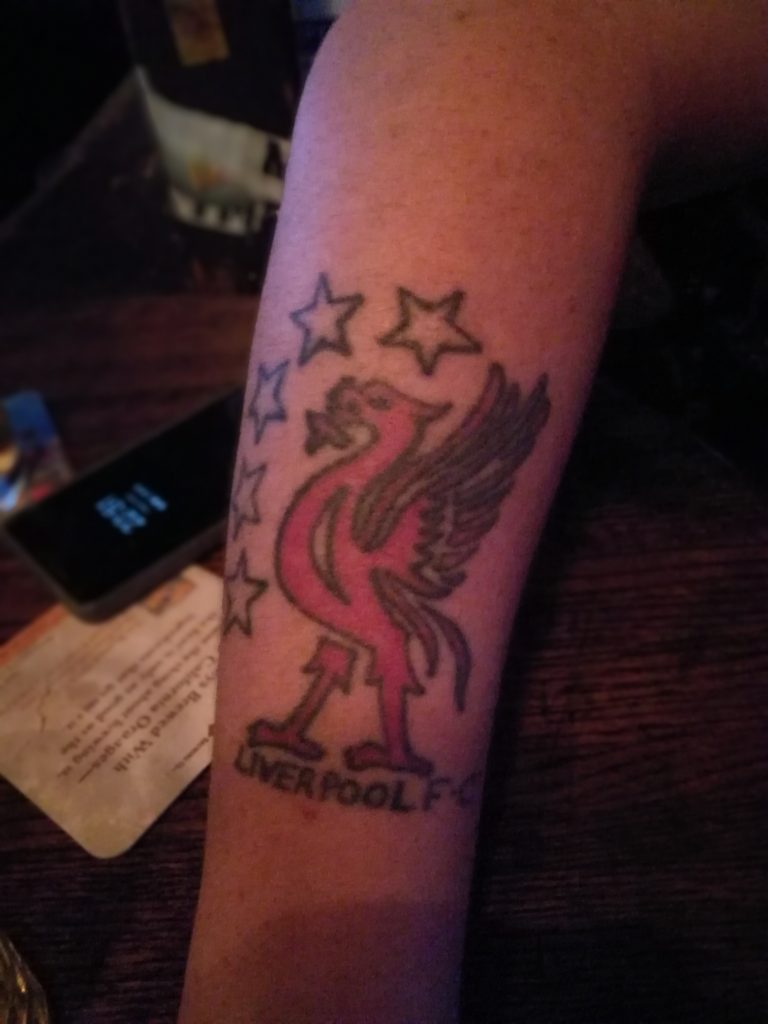 Guess what, the day after I went to Stub Hub Center, on the other side of Los Angeles. To see, yes, exactly that one swedish guy who scored in his first game, who shot a goal nobody here has ever seen. Okay, the show was mainly from the audience, LA Galaxy fans do a good job here, they handed out cheet sheats for their songs. Some of them en espanol and some of them in english. Anyway they lost 🙁 I’ll go there again though. 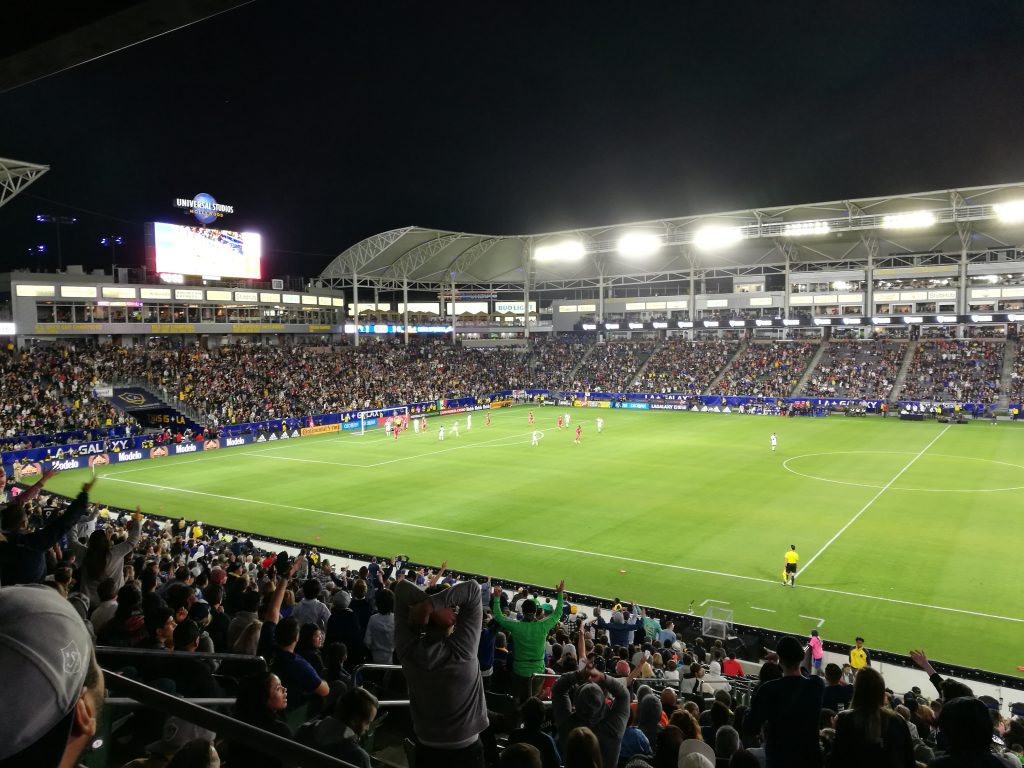 So I saw what soccer is like here, next should be Music, my sister in law reminded me of what she knew from american TV series and films, there were bards with live music, so I looked one up. Harvelles Santa Monica, kinda sweet, I guess not great though. Went out to see Jeff Dale, and I still feel like I’ve heard that name before. Anyhow, I’m pretty sure I haven’t ever before heard of that guy. 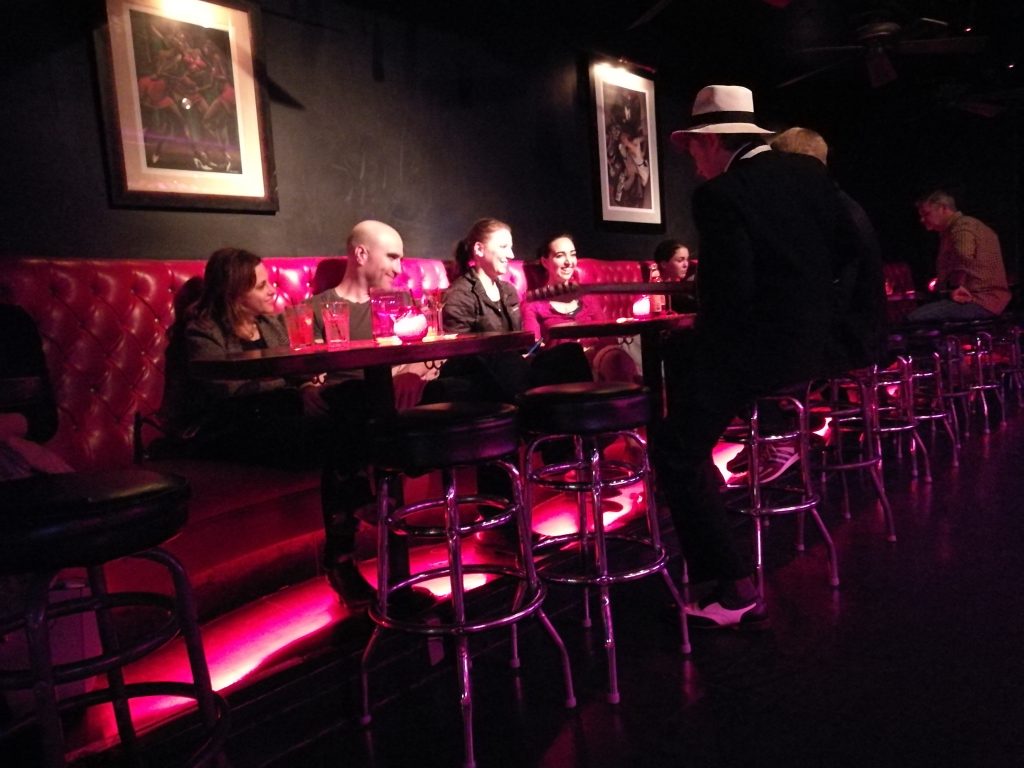 And the concert itself? Funny experience, Jeff interacted with the „crowd“, wasn’t a croud, the bar was pretty empty arround 20 people. But „yeah, I’ve seen that now“.